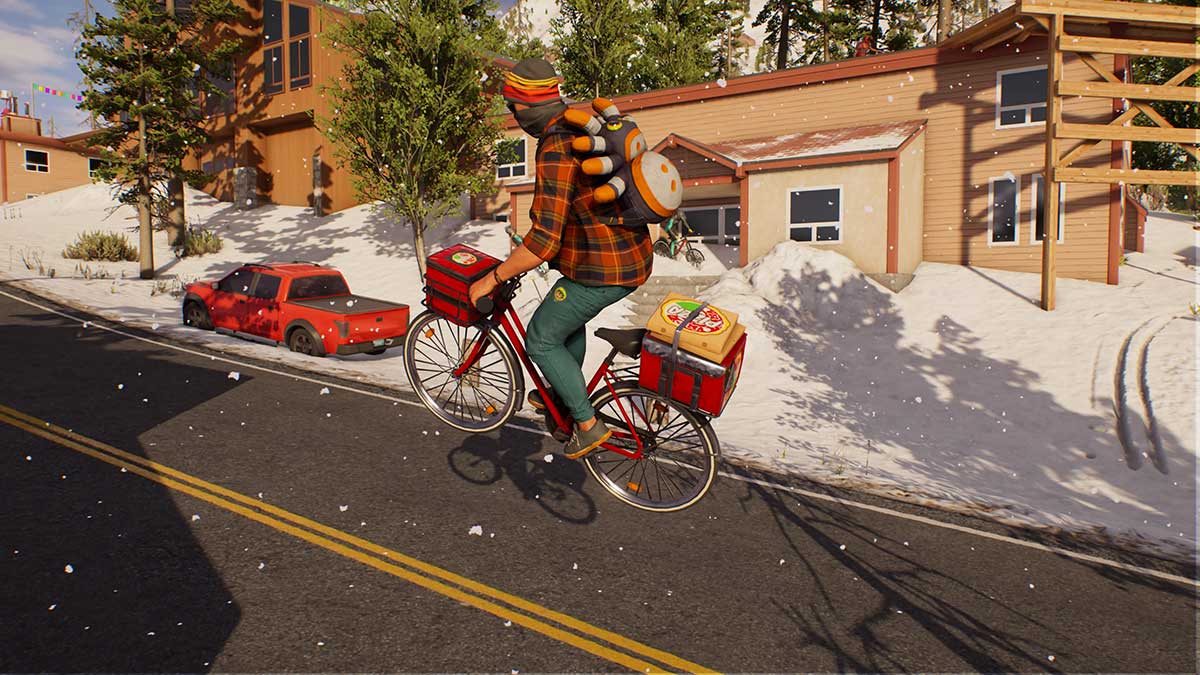 There are eleven secret Relics to find in Riders Republic. These are scattered around the world for you to find as you explore. In this guide, we’ve outlined where each of them is so that you can build your collection with some of the best Funkies in the game.

The Plane Wing is a Rocketwing ride made from the wing of a plane. It’s got terrible stats but has a lot of boost, which balances it out. You can find this Relic on the crashed plane in a lake just below Cloudrest. It’s right on the border between two regions.

The Adventure Bike is one of the few useful Shackdaddy rides in the game. It’s a Rare bike and has a rating of 402, which means you can win while using it in most events. To find it, you need to head to Lost Canyon and fly along the river until you come across a tent in one of the bends.

The Grandpa Bike is a relatively useless ride that you can pick up in Yosemite Valley. It’s just below the river that runs through the region and borders slightly with Sentinel Playground.

The Wood Ski Blades are quite a helpful ride if you need to complete events with Funkies. They’re fast, though the air rotation rating leaves a lot to be desired. These can be picked up from a Relic point just below Mammoth Summit.

This is an incredibly useful wingsuit, though it might not look it. You have no stopping power, but the shape of the plane on your back allows you to soar through the sky much better than any wingsuit would. You can find this at the bottom of the Sequia region.

The Destroyed Bike is exactly what it sounds like, a bike that’s fallen into the river and has been destroyed by the current as it’s dragged along the bottom. You can find this Relic where three regions meet near Hole in the Wall, next to a river.

These skis look pretty cool, but they’re near useless unless you’re just starting to play Riders Republic. They’re Standard in rarity and don’t add much to your skills in events. You can pick them up just west of Grand Teton.

The Folding Bike forms part of the optional objectives for a few events around the world, so it’s an excellent Relic to pick up early. You can find it at the bottom of the map near Arches.

The Pizza Delivery Bike is a bike you’ll get to use in one of the Shackdaddy Events early in the game. All this Relic does is unlock it for your collection. To find it, head to the town north of Bear Park.

The Surf Board is an alternative to the snowboard that looks brilliant and has some decent stats. It’s no competition for a real snowboard, though. To find it, you need to visit The Galcier Wall at the top of the map.

The Training Bike is an entirely useless bike that’s more of a gimmick than anything. Once on it, you’ll be going nowhere while your character rides and rides but never moves. To get it, you need to visit the top right-hand corner of the map near Cascade Canyon Playground.