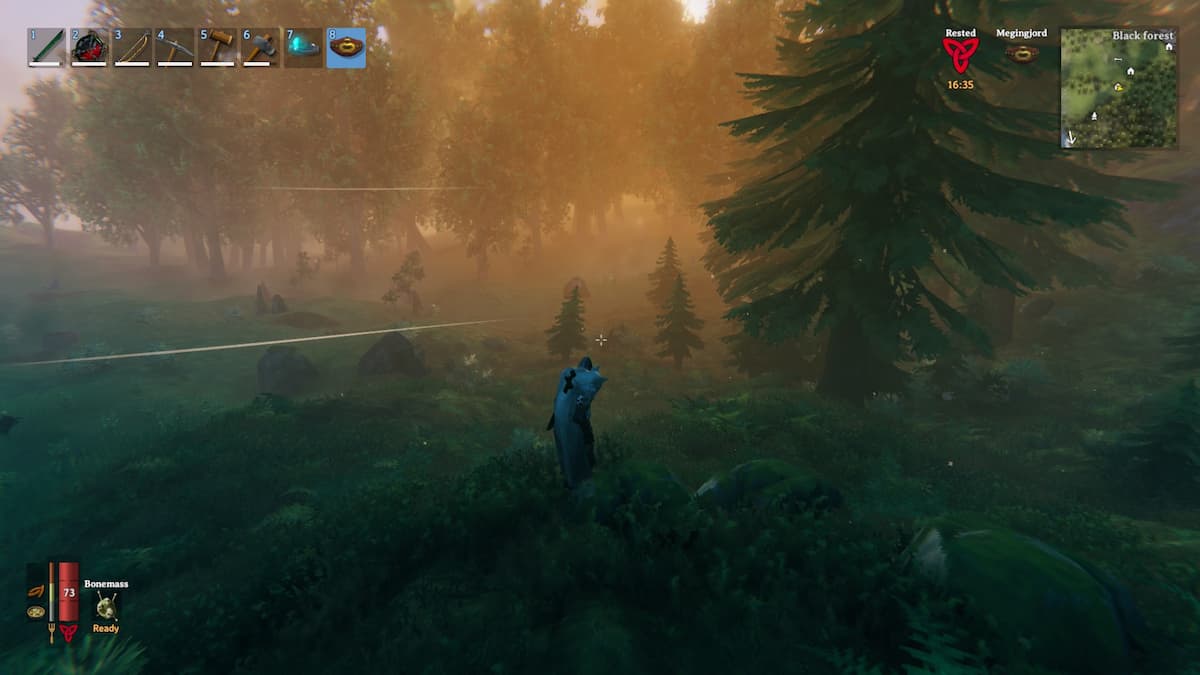 Not every resource you find in Valheim will have a use, at least not yet. Because the game was released as an early access build, developers of Iron Gate Studio are not finished giving everything a purpose. However, with Valheim’s Hearth and Home update, crystals now have a purpose. These items are a resource you can find in the Mountains biome.

The crystals drop off of the stone golems. These golems are fearsome, rock-based enemies, and they appear seemingly out of nowhere from the side of a mountain. That’s because these large creatures are resting against the side of cliffs, and unless you notice them quickly enough, you’ll probably walk right into them almost every time. They have a few noticeable features, and if you notice them in time, you’ll see that they have a glittering blue glow around them. Seeing where they are is half the battle, though. Taking them down is another matter.

These large stone behemoths are not going down without a fight. They come in two varieties, one with a spear-like rock in the right hand or where both of their hands are round boulders. You can parry these creature’s attacks, opening them up to a devastating blow. However, we recommend not using any pierce or slashing damage. They take reduced damage from these attacks. You want to stick to using a blunt weapon, such as a mace, to fight them.

After you’ve taken them down, these creatures will drop a small, sliver-like crystal. Previously, these items did not do anything for you in Valheim. However, after the Hearth and Home update, there are several items you can now craft using them. You’ll be able to craft crystal walls, a crystal battleaxe, and several more things throughout your home. We highly recommend hunting down these creatures to farm this precious resource.