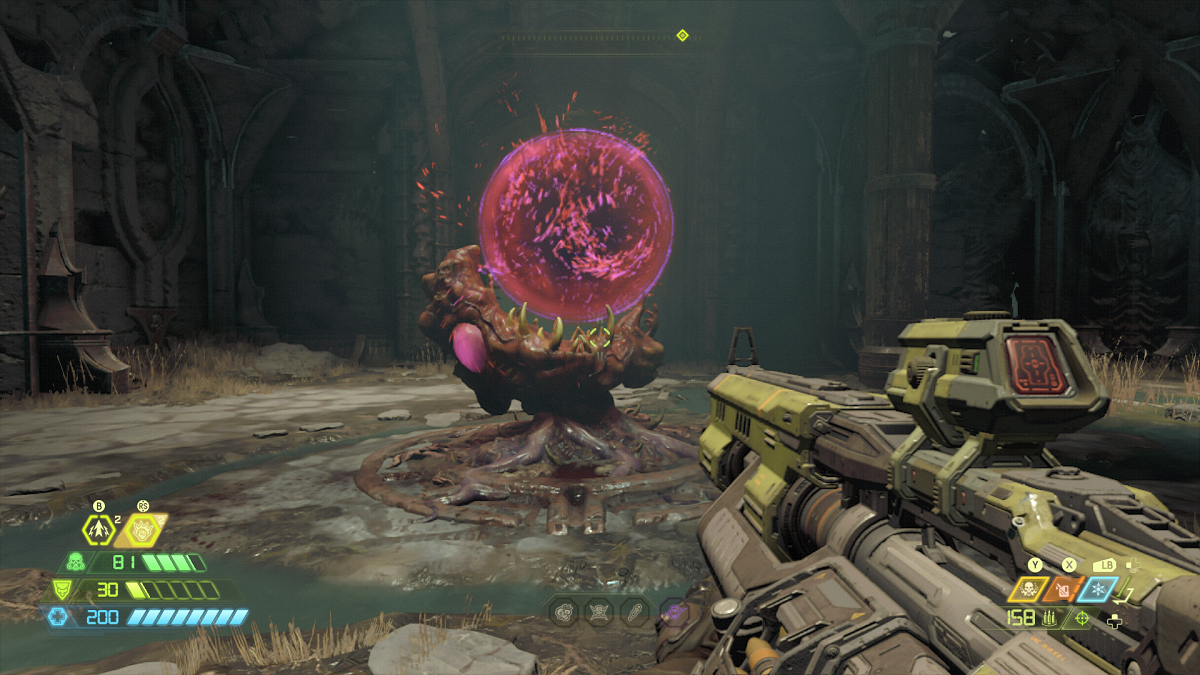 Secret Encounters are back in Doom Eternal: The Ancient Gods Part One. These timed events are optional, but you do unlock an achievement or trophy if you complete them all. You can also earn three new Doom Slayer skins if you beat them. There are two Secret Encounters to unearth in each of the three missions. If you are struggling to gain access to them, allow us to help you out.

The first Secret Encounter can be found after you ride the elevator. Once you reach the next area, you will notice a giant fan, which can blow you out to sea if you don’t turn it off.

The second Secret Encounter is located in the final third of the mission. You will enter a very small room with deep water and three cylindrical structures to your right. Defeat the demons that spawn, and go up the stairs. Head through the left door and grab the diving suit.

Push the button next to some monitors to open up the door of the far left cylindrical structure. Dive into the water, follow the path through here, and bust through the grate in your way. Swim to the surface and jump up to find the Secret Encounter.

You will spot the first Secret Encounter halfway through this mission, but you can’t reach it until later on. Eventually, you will come across an open area with a staircase at its center and a skull button you have to press to open a door.

Head left through the gap by the stairs. Follow the path to the right and break the wall. Punch the giant block onto the platform below. Jump down, and the gate in front of the Secret Encounter will unlock.

The second Secret Encounter is located in the green wolf section. You have to stay inside the wolf’s circle, otherwise, you will take damage from the air around you as you progress through this area. Stay inside this zone, defeat any demons that spawn, and work your way to the end when the air becomes safe to breathe. Head back down the path until you reach the area in the screenshot below.

You will know that it is the right place if you see a Codex entry. Climb up, grab the Codex page, and climb to the next platform. Head left, and drop down. Grab the armor, bust through the nearby wall, and follow the path until you see another giant block.

Knock it onto the floor below to unlock a gate. Head through this area using the climbing walls. At the end, use the gravlift to propel you up into a room with the Secret Encounter inside.

After you punch the first tree down on this mission, climb it and jump to the area above you. Head right down the path until you see a breakable wall on the right-side wall. Smash through it to reveal the Secret Encounter.

Head into the center of the room and push the skull button. Look up and shoot the target that appears. Turn around and the laser field will deactivate, which allows you to reach the Secret Encounter.