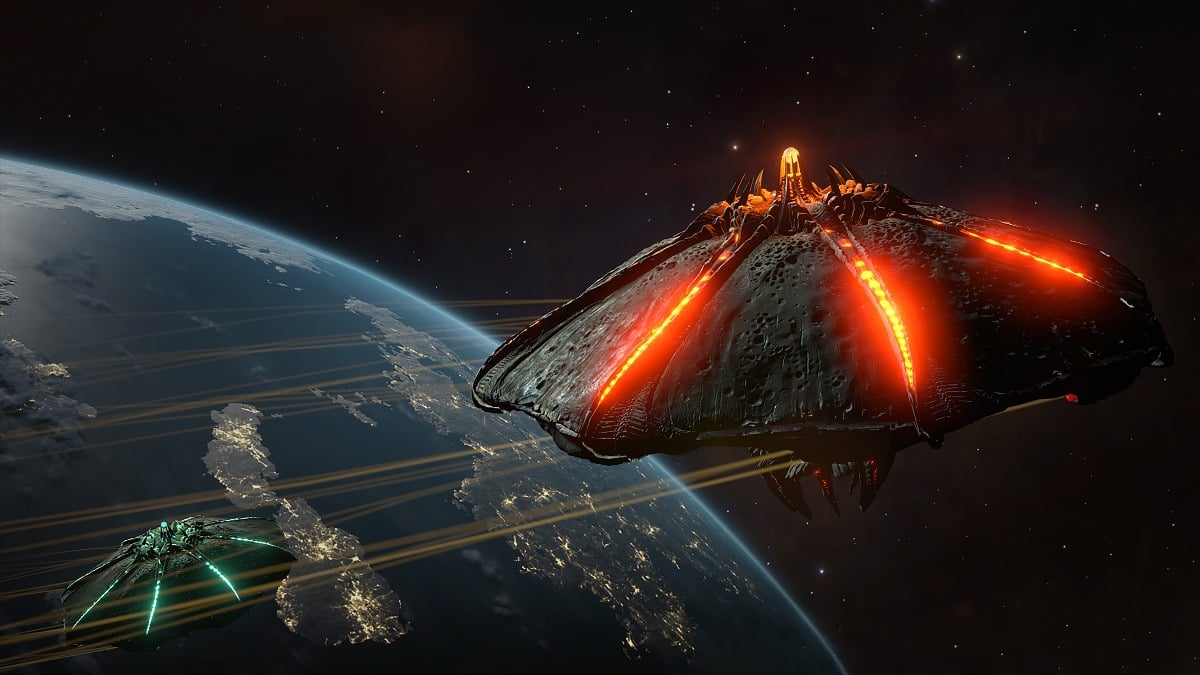 With the Thargoids’ recent attacks on human space in Elite Dangerous, many are probably itching at the opportunity to enact a little vengeance on these insectoid intruders. With the addition of Anti-Xeno weaponry, humanity is more than ready to defend and take the fight straight to their doorstep.

As powerful as the Thargoids are, they seem to like hit and run tactics when it comes to attacking human stations and settlements. Dealing a large amount of damage and then disappearing without a trace. Luckily finding them isn’t terribly difficult, but it will require some time and a little bit of RNG.

How to find Thargoids

Thargoids can be found at systems located within the Coalsack, Pleiades, Witch Head Nebulas. Though it has been reported by the community that the Pleiades and Witch Head Nebulas seem to have the most Thargoid activity. There are a few ways to find them while within these Nebulas.

A few static locations can guarantee encounters for those who don’t want to leave, finding Thargoids to chance. These encounters can have one or two Interceptors spawn, while encounters with Megaships can sometimes have the smaller scouts spawn instead. A couple of locations to visit and experience an encounter are:

In a twist of fate, Hyperdictions are not a way for the player to find Thargoids but instead to find the player. A Hyperdiction is the act of pulling a player directly out of Witch Space while in the middle of traveling to a different system. It is a very cinematic and unique experience that every player should have the opportunity to experience for themselves.

When a player is Hyperdicted, they will drop out of Witch Space somewhere between the star systems they were jumping from. Upon dropping out, the Thargoid will emit an EMP attack shutting the ship’s systems down, triggering the life support leaving you face-to-face with the extraterrestrial being.