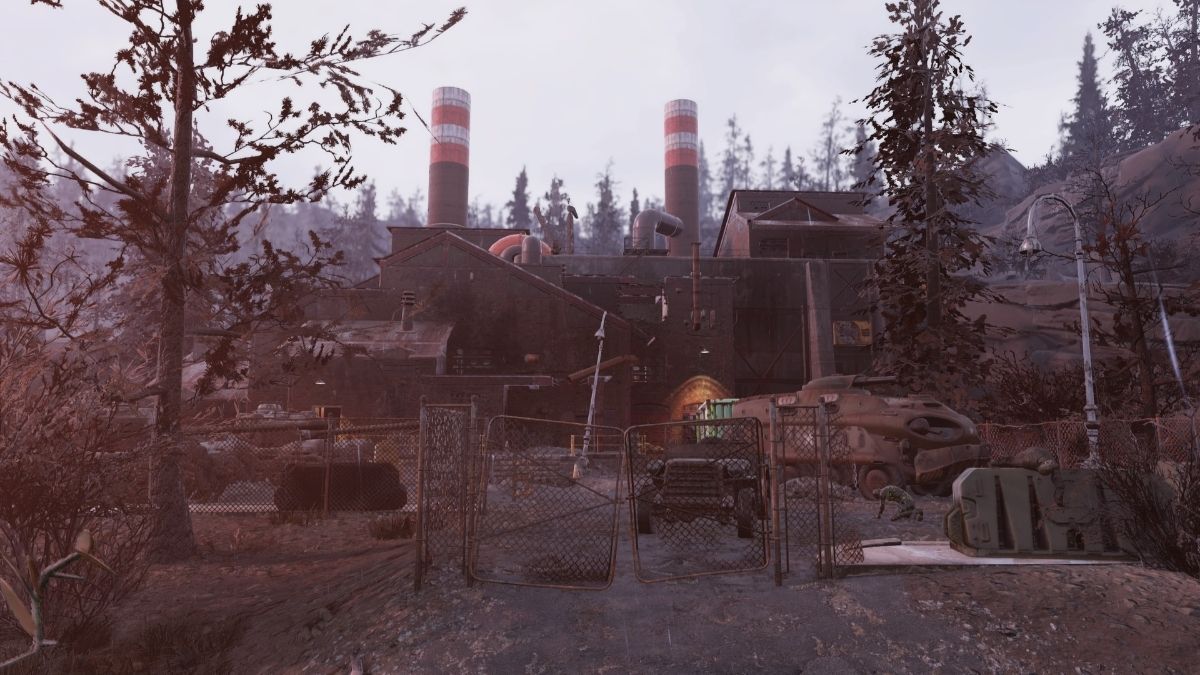 You might have heard the tale of an abandoned ammo factory in Fallout 76. This area is still free for the taking for any lucky survivors wanting to get their hands on a boatload of ammo. Don’t be too greedy or others might come and steal it away from you. Defend it wisely and you will have all the ammo you could ever dream of.

How to find the ammo factory

There is no place in Fallout 76 called the “ammo factory.” What you are actually looking for is a workshop called the Converted Munitions Factory. It is located in the far northern part of the Savage Divide.

When you reach this area, you won’t be welcomed nicely. Since it is a workshop, you will need to clear out any enemies that reside inside. In this case, you will need to fight a large group of Super Mutants. Once they are defeated, you can find the workshop station inside so you can claim the area as your own.

Related: Where to find Gulper Lagoon in Fallout 76

How to get ammo from the Munitions Factory

To get ammo from the Munitions Factory, you first need to claim it. This will typically cost you anywhere from 25 to 50 Caps. Once it is claimed, you will get a side mission telling you to power up the Ammunition Factory. The Ammunition Factory is located close to the workshop station and looks like a normal ore extractor that you would build at other workshops.

The Ammunition Factory requires 20 power to activate. Once you get enough generators built, the machine will go to work creating ammo for you. It will start off by making 10mm ammo. You can change the type of ammo the machine creates by using the terminal in front of it. You can tell the machine to create any type of ammo except for Alien Blaster Rounds. The machine will create ammo at different speeds depending on what type you choose. Higher grade ammunition takes longer to produce and you will therefore get less of it. Despite that, the Ammunition Factory is still a good way to gather ammo while online.