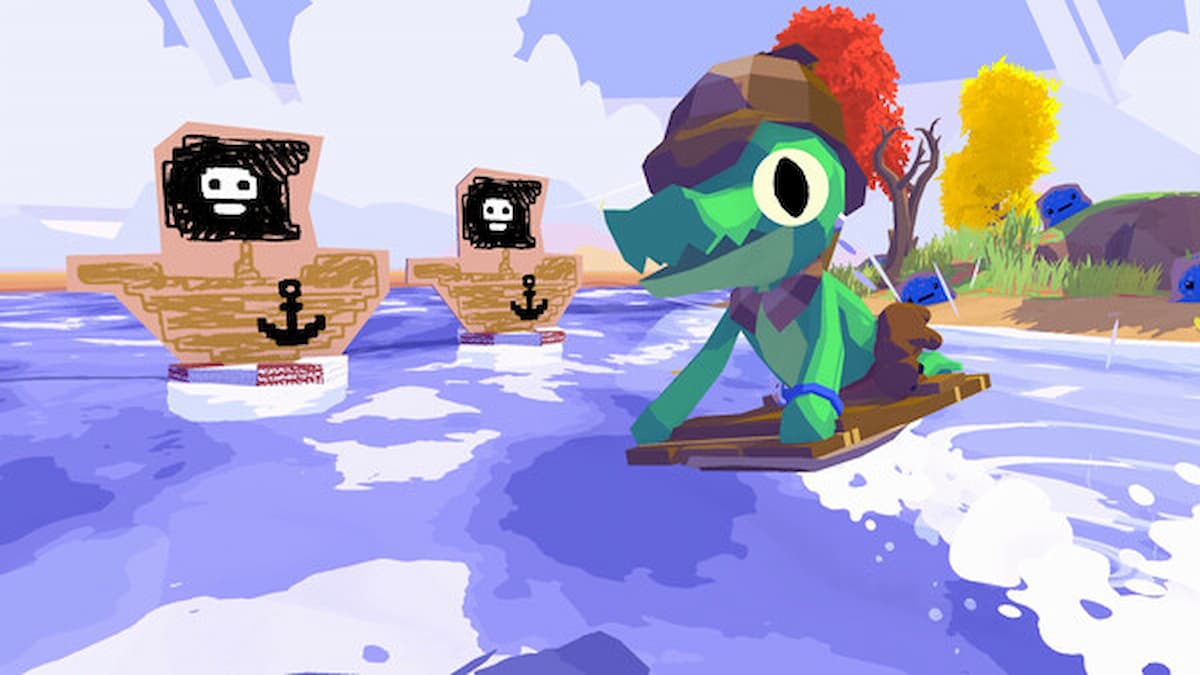 In Lil Gator Game, you will be performing all kinds of quests and making new friends to join your legendary hero adventure game. While meeting new people, you will be trying to convince Gator’s friends to come back to playing with you as well. To convince Jill, you will need to work with her science-obsessed friends, one of them being Antone, who is obsessed with beetles. They will task you with catching a Hercules Beetle. Here is where you can find it.

Related: How to complete Romeo and Oscar’s quest in Lil Gator Game

How to catch a Hercules Beetle in Lil Gator Game

After you have talked to Antone and they have given you your quest to catch the beetle, they will give you a Bug Net weapon. While it may appear you need this weapon, it does not play any role in this quest, and you can switch to whatever you want.

When looking at Antone, start by walking to the forest area behind the tree in front of you. To the left, you should see a camping area referred to as Ninja Town by Romeo there. To the right will be the beetle you are looking for, sitting on a stump.

When you get close, Gator will say they need to be careful and slowly sneak up on it. It doesn’t matter what you do here, Gator will trip, and the beetle will begin flying away. Watch its trail and run behind it. When you reach a little alcove with monsters, you can go through there for a short cut. Eventually, the beetle will make its way back toward the tree and will fly right in front of Antone, who will reach out and catch the beetle.

After Antone has caught the beetle, they will agree to join your game and you will complete the quest.