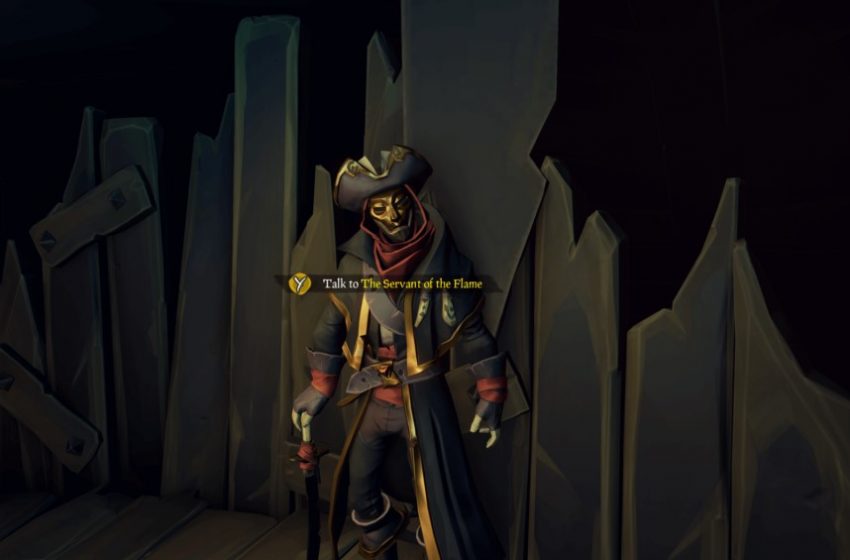 The Masked Stranger is an excellent NPC to know in Sea of Thieves. You need them to turn in your Reaper’s Chests, which are rare finds in the game, and challenging to obtain. You find them by performing various tasks in the game, and they offer great rewards.

Previously, you find the Masked Stranger by visiting The Reaper’s Hideout. It’s an island on the map tiles I12 and I13. While you can make a straight shot for it when you load into the game, it might be dangerous because it’s now home to The Reaper’s Bones trading company. It’s a PVP-focused trading company, and if player pledges themselves, Emissaries of the faction, they specifically go after other players who are working for the other factions.

However, for those looking to turn in their Reaper’s Chest to the Masked Stranger, you might find that this NPC is no longer there. They’ve been replaced by the primary representative for The Reaper’s Bone faction named the Servant of the Flame. You can speak to them if you want to exchange any gold you’ve earned for additional promotions within that faction. You can also talk to them to turn in your Reaper’s Chest.

The Servant of the Flame works precisely like the Masked Stranger. Now, they serve two purposes and have a name associated with them. You don’t have to work or have any reputation points with The Reaper’s Bones to turn in your Reaper’s Chest or receive any additional bonuses for doing so.