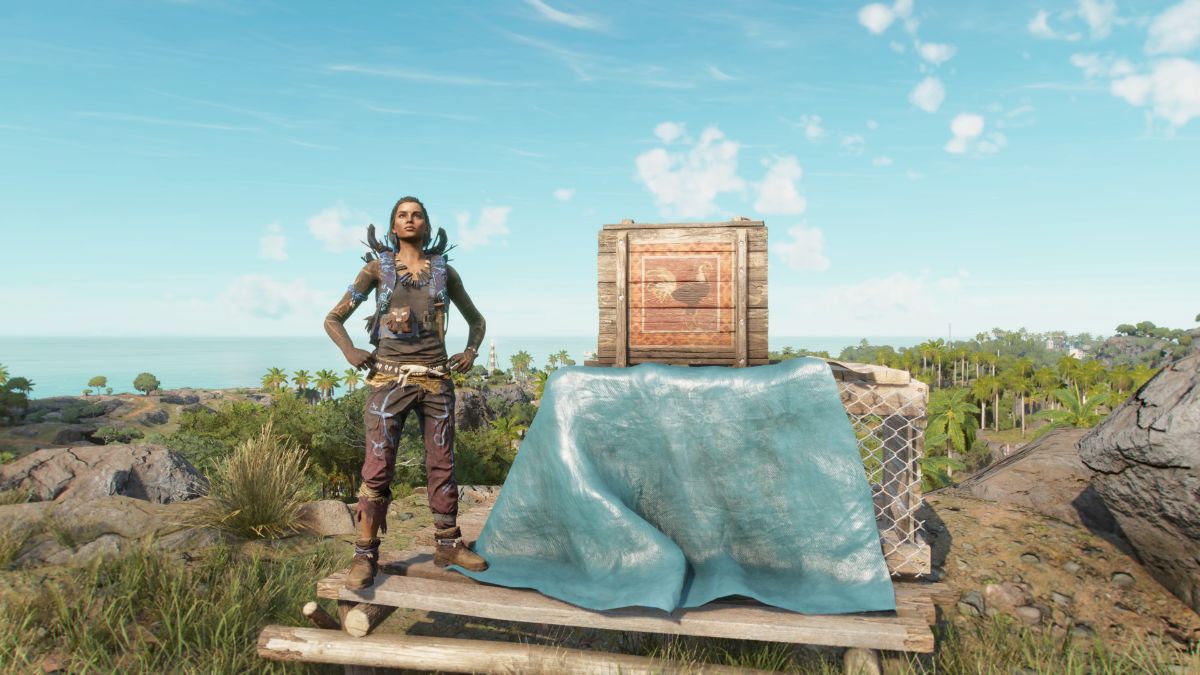 There are 13 roosters you can find across Yara (if you don’t count the Ubisoft reward ones). While some roosters can be found during missions, others require you to venture off the beaten path. One of these roosters is El Aguila. This rooster can be found on a mountain near the Cortina Weather Station FND Base in the southern part of the Costa Del Mar region. Take a look at the map below for reference.

If you have the Cortina Weather Station FND Base unlocked and have cleared out the surrounding anti-air cannons, you can airdrop down to where the rooster is hidden. If you can’t do that, you will have to take the long way. There is a pathway you can access that leads up the mountain. You can access it by following the surrounding Guerilla Paths. You can also climb another nearby mountain using these paths and take a zipline over to the mountain with the rooster on it.

The easiest way to reach the mountain is by using a helicopter. There is a helicopter spawn in the nearby Cortina Weather Station FND Base. Once you reach the top of the mountain, you will see the crate with the rooster in it next to a pen. It is on top of a crate.