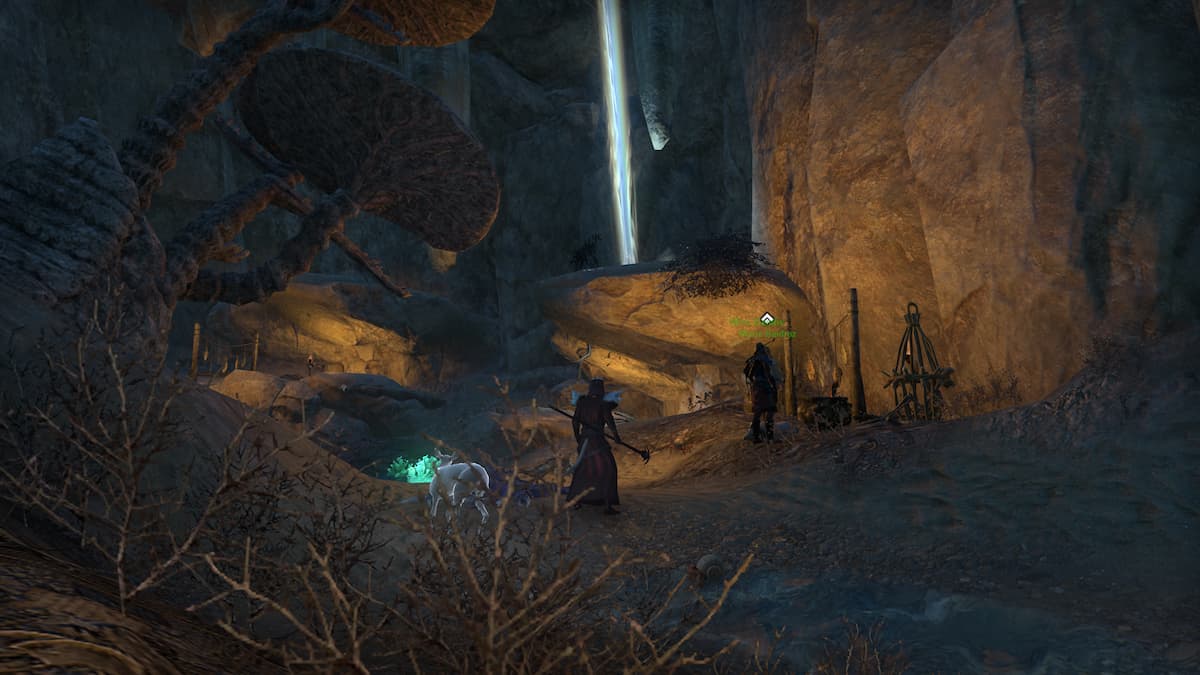 Of the many collectibles you’ll find in any Elder Scrolls Online expansion, Skyshards are perhaps the most important. When you collect three, you gain a skill point, allowing you to invest further into whatever you want your character to be — combat, artisan, gatherer, and more. High Isle introduces a handful of new Skyshards to obtain, so if you’re wondering where to find the Skyshard in Breakwater Cave, read on.

Breakwater Cave is a Delve, and Delves always have one Skyshard hidden away in them, alongside a Delve-specific boss. The hint for this area is “On a ledge above a pool in the back of Breakwater Cave.” You’ll need to take the route starting east when you enter Breakwater Cave, as the west route is on a ledge and is intended as an exit point. The map above has the location of both the Skyshard and the boss, Brineclaw, so that you can obtain your Breakwater Cave Explorer achievement as well — don’t forget to grab the Sheep quest right outside the Delve as well.

There are six total Delves in High Isle and 18 total Skyshards, meaning that you’ll need to cover a lot of ground to collect those six shiny new Skill Points. If you’re missing a few Skyshards, why not check out our map on locating all 18 Skyshards in High Isle? Or, if you’re interested in maxing out that Public Dungeon, Ghost Haven Bay, check out our Conqueror Achievement guide here.