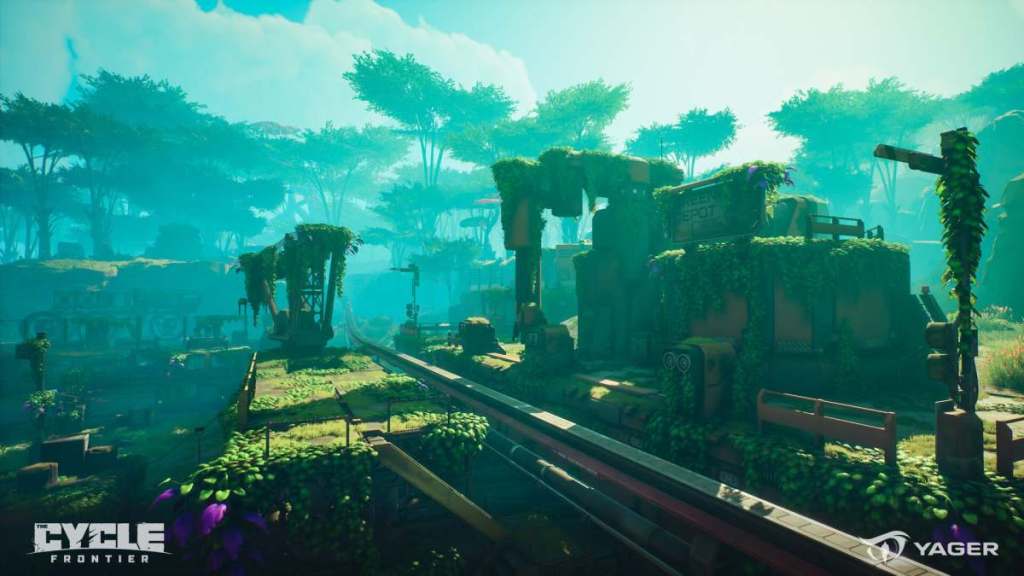 Waterweed Filaments are small plants that resemble a mix of mushroom and a waterlily. They grow on the edges of lakes and swamps on both of The Cycle: Frontier’s maps, but are much easier to farm on Brightsands.

There are two locations on Brightsands where you are guaranteed to find this elusive plant, the first being the stretch of land between the Lake and the Waterfall Lab area north from it. There are usually enough Waterweed Filaments here to finish a contract or two in a single run, and the low-level alien fauna that roams the area will not put up much of a fight. However, the Waterfall Lab is a hotspot for Prospectors due to having an unusually high concentration of resources, a Dead Drop, and an evacuation point. Be prepared to fight other players here.

The second-best area to find Waterweed Filaments in The Cycle: Frontier is south of the Rock Pools in the lower-left corner of Brightsands. Here they grow in similar abundance, and the alien creatures in the area are even more pitiful and unproblematic.

Bonus tip: if you want to fill up on Waterweed Filaments before extracting, pay attention to where their pods are as you pluck them. Then leave the area, wait for an electrical storm to set in, and return to the pods to re-harvest the freshly grown Filaments. This tip applies to every resource in The Cycle: Frontier. Map loot resets after a storm, provided there are no players in the area during the storm.