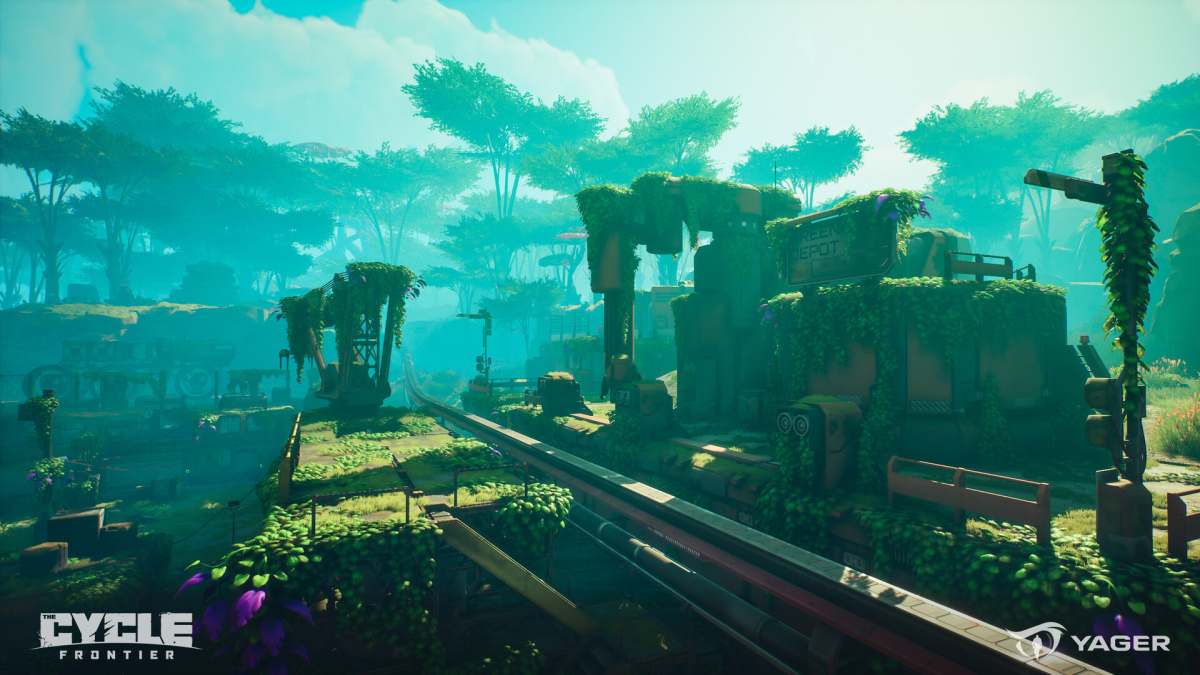 The Cycle: Frontier is an unforgiving experience: every time you drop onto the lush surface of Fortuna III, you risk losing everything you bring along with you. To progress in the game and have fun, it’s important to continuously leverage the risks you take against the investments you’ve made and to prepare for failure mentally. This guide will arm you with the tips and essential information you need to bypass many of the frustrations The Cycle: Frontier serves up to beginners.

Outfit yourself cheaply (unless you can’t afford to)

When you prepare your loadout for your next drop in The Cycle: Frontier, it’s usually a good idea to be stingy. Take an effective budget gun, and leave your second weapon slot open — that gives you extra room for any gun you find on the surface. Also, don’t bring any mining gear (the Mining Tool and the Scanner are a waste of currency and backpack space in their current state), and don’t buy Data Drives since you can almost always find them lying around Uplink Stations.

Sometimes you will be tempted to splurge on high-end equipment to give yourself an edge. There’s nothing wrong with that — especially if you have a difficult contract to fulfill — as long as you commit to it. If you are taking an expensive gun or a large backpack, don’t cheap out on your helmet and body armor, unless you want to donate your shiny gear to an ambusher with a rusty trenchgun.

Make use of your safe pockets

While on the planet, make sure to move valuable loot to your Safe Pocket. Don’t stash ammo or consumables there unless that’s all you have; keeping them in your backpack instead allows you to lose encumbrance every time you fight or heal, which is a small but not insignificant help. Also, note that Old Currency tokens are weightless, meaning you can put them in the Safe Pocket even if it’s full.

Don’t fight unless you can win

You will often run into other prospectors in The Cycle: Frontier and feel compelled to light them up on sight. That’s all good and well, except combat encounters in Frontier can be very unpredictable compared to other FPS games. Before you engage, consider the following:

If you don’t think you can win and you would rather not negotiate, you can try to make an escape by throwing a Smoke Grenade. This cheap consumable will often save your life, and it’s also a great tool to obscure your entry into the extraction ship if you fear snipers may be camping nearby.

Hide on or near the dropship

While we’ve been learning our way through the trials of every drop onto Fortuna III, the one consistent strategy that’s helped us escape with our goods is hiding on or near the dropship. This means heading to an extraction point, calling the dropship, and then waiting somewhere close by that you can see it or running inside and hiding behind the central block.

If a dropship comes down right, you can secure a corner with two closed doors behind you, but that’s not always the case. If it is, run inside and hunker down in the corner between the closed doors. From there, you can shoot anyone that comes in and wants to kill you. If the dropship doesn’t land with any closed doors, wait around in a bush or a building where you can see it and hold off on going inside until the red lights flash. When those red lights shine, run for the doors because the dropship is about to leave. You should have enough time to get in and evacuate without anyone challenging you. Just keep an eye out for other players with the same plan.

Most materials and items in The Cycle: Frontier can be sold or traded for multiple different uses. For example, Polymetallic Prefabricate can be used to craft high-level weapon attachments, invested in Quarters upgrades, delivered for Faction contracts, or sold for some quick K-marks. Depending on what type of player you are, you should dump your hard-earned loot into the area that allows you to do more of what you like.

That said, there are some general tips you should consider. For starters, any materials used to craft Backpacks should be your priority to extract with and should never be traded for anything else. Backpacks are the most important item in The Cycle: Frontier, as higher tier packs allow you to carry more loot unencumbered, and thus survive longer and fulfill more Contracts.

You should also avoid selling materials in general unless you’re trying to just nudge into the next Faction tier to unlock new Contracts. Floating a lot of resources in your Stash is the best way to fulfill delivery Contracts quickly; this pays off a lot more K-marks and Faction points than just selling materials. To ensure you progress in The Cycle: Frontier as quickly as possible, focus on upgrading your Inventory tech tree for your Quarters first, increasing your Stash and Safe Pocket sizes.

One-shot Striders with your knife

This final bit of advice is incredibly simple: holding M1 with your knife for a split-second charges up your melee attack, allowing you to kill Striders in one hit, silently and without spending ammo. As basic as this move is, it seems that most The Cycle: Frontier players aren’t aware of it, considering that a community manager post on Discord highlighted Striders as the creature responsible for the most prospector deaths so far.