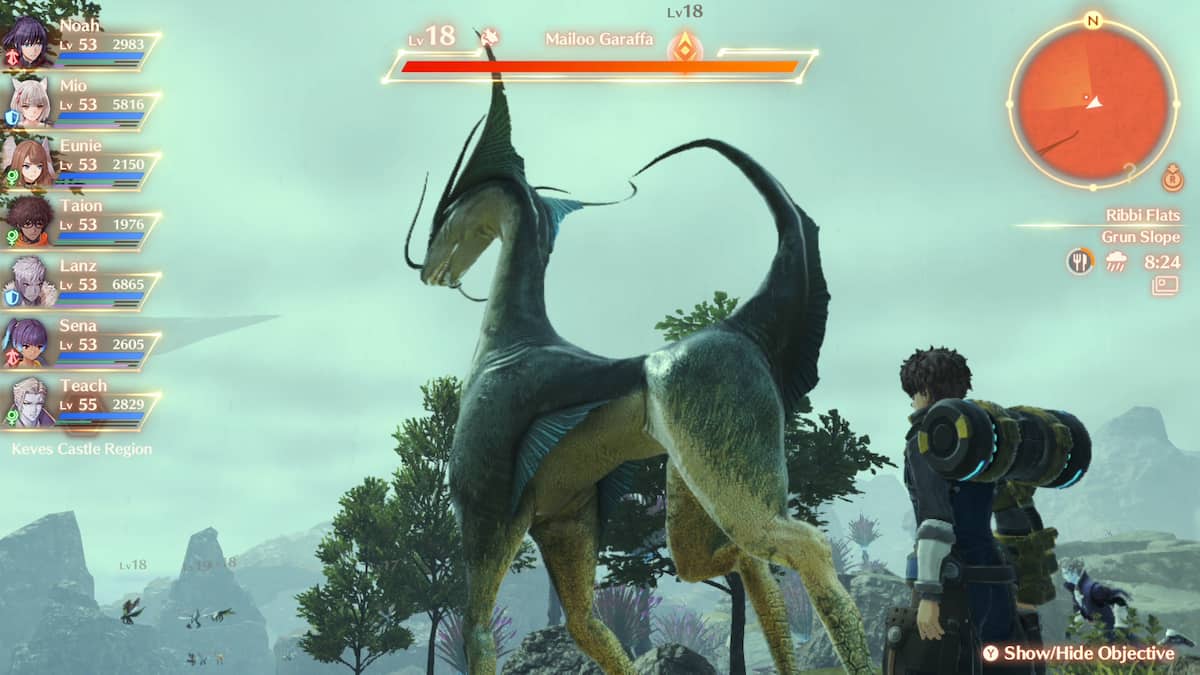 Garaffa Electrical Organs are one of many common resources you can earn in Xenoblade Chronicles 3. This item is used for Gem crafting, quests, and food recipes. It can be found in abundance from hunting a monster, but only one monster in particular will drop this helpful material. While the item is common, the monster who has them isn’t. This guide will explain where to get Garaffa Electrical Organs in Xenoblade Chronicles 3.

Related – Where to get Garaffa Tenderloin in Xenoblade Chronicles 3

How to get Garaffa Electrical Organs in Xenoblade Chronicles 3

The only monster that drops Garaffa Electrical Organs is the one that drops Garaffa Tenderloins, the tall and majestic Garaffa. This monster comes in multiple variants scattered around the world of Aionios. To efficiently farm this creature, you’re going to hunt one variant of Garaffa in particular, the Mailoo Garaffa. This creature can be found near Colony 30, which you will discover during chapter two of the main story.

Use Skip Travel to the Colony 30 Cave Mout landmark, then follow the dirt road that leads out of the Colony and down the hill. This road will wind down a hill and reach a large grass clearing. On this route, you will encounter several Mailoo Garaffa. This creature can range between levels 18 and 20, and they don’t pose much of a threat to a well-equipped group.

If you follow the route pictured above, you will encounter several Mailoo Garaffa on a single trip. After reaching point two, Skip Travel to a different region, then fast travel back. This will force the game to respawn the area with a fresh batch of these tall and docile monsters. Garaffa Electrical Organs are this creature’s most common item drop.

Running this route will net you about a dozen or more Garaffa Electrical Organs. Assemble your party and make liberal use of Skip Travel to gather a large helping of these materials.