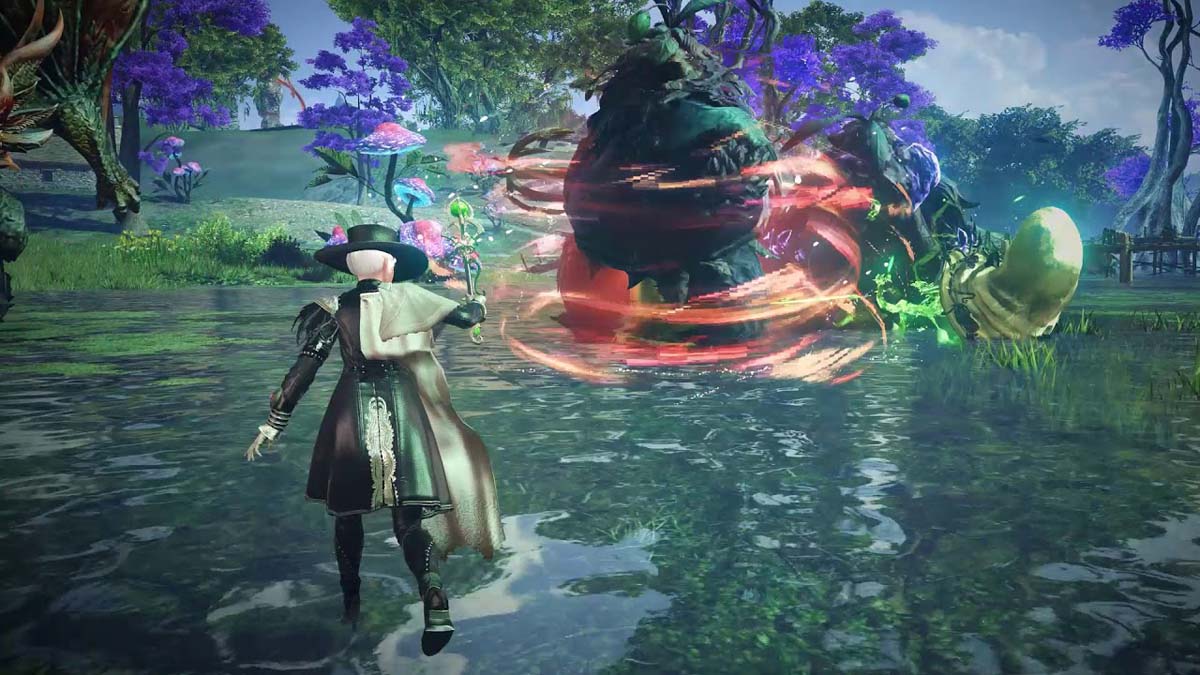 Before you dive into the world of Elyon, you will have to choose your character class out of 7 available options. While aspects such as race, appearance, and gender do not impact your character’s in-game performance, their class will be a big factor in determining their playstyle.

You can choose from seven classes, which are:

Here’s a brief overview of each class to help you make your decision.

The Archer is one of two ranged classes, and it focuses on dealing damage to a few targets. While it does have skills that can target multiple enemies, the Archer works well when it can focus on a few enemies at a time.

The Archer excels against larger enemies, as their skills have a higher chance of hitting the target, and large enemies will take damage from each of the individual arrows fired by the skills.

The Archer is capable of creating distance between themselves and enemies, but they are not as durable as some of the melee classes. Without another partner to draw enemy fire, Archers are vulnerable to enemy attacks. Supporting other classes with ranged DPS to quickly bring down targets is what an Archer does best.

The Slayer is a melee class that specializes in melee DPS. Swinging around large swords, they are the front-line attackers that can mow down groups of enemies, while durable enough to withstand enemy attacks.

A Slayer’s weapon is large enough to hit multiple enemies at once, but they also have skills designed to hit an individual enemy. Their defenses are strong enough to play the role of a tank, but the Slayer works best when it brings an enemy down as quickly as possible.

Wielding a large sword means that a Slayer’s attack speed will be slow, and some skills will take a few seconds to execute. Slayers also don’t have a way to close long distances quickly, meaning they may be forced to run toward ranged attackers.

If you are looking for a class with good offense and durability, you can’t go wrong with the Slayer.

The Warlord is another melee class capable of fighting multiple enemies at once. Unlike the Slayer, the Warlord is a defensive melee character. The Warlord will draw the enemy’s attention to themselves, giving other allies some breathing room while hitting the enemies hard.

A Warlord can provoke enemies and drag them to a single spot. This is great for setting up attacks from the Warlord or other allies. Coupled with powerful skills to hit multiple enemies at once, the Warlord can keep enemies occupied and is capable of holding their own in the heat of battle.

Warlord characters will need a lot of healing as they are constantly taking enemy attacks. They also won’t reach the DPS numbers that you might find with an Elementalist or a Slayer. Fortunately, being able to withstand enemy attacks, as well as drawing enemy fire will make the Warlord class a great choice for players who are starting out.

The Elementalist is one of two magic classes, and it is focused on damage. With access to fire, electricity, and ice spells, the Elementalist always has an answer for an enemy. Elementalists can also target more than one enemy, giving them the ability to take on groups of enemies.

Even if an Elementalist is alone, they are still capable of moving around the battlefield, creating space to cast spells at enemies. Some spells also allow the Elementalist to rush towards enemies, allowing them to dictate the flow of battle. In terms of magic DPS, Elementalists cannot be beaten and can even fight against powerful late-game enemies by themselves.

Unfortunately, the Elementalist has low defenses, meaning they cannot take too much damage. If they do not have their spells to move around the battlefield, Elementalists are slow, and players will need some time to learn how to use their spells effectively. Paired with a defensive tank such as a Warlord, Elementalists can truly shine, but they are a class that can succeed all on their own.

Mystic is the other magic class, and they are notably the only class that can heal with their skills. While Mystic can use offensive magical spells like the Elementalist, their spells are more supportive in nature, such as inflicting poison on enemies.

Mystics are also capable of summoning familiars onto the battlefield to assist them during combat, evening the odds in the heat of battle. Mystics mostly use area-of-effect spells, which means they can heal entire parties and damage groups of enemies.

Unfortunately, Mystics are similar to Elementalists in that they are not very durable. While they can move around the battlefield, they don’t do well if they accidentally move to a bad spot among a group of enemies. They also have a small learning curve as you get used to their spells. But if you are willing to spend some time with a Mystic, you will find that they are just as effective in supporting a party as they are in fighting enemies.

The Assassin is another melee class that has even greater physical DPS potential than the Slayer. They can maneuver around the battlefield to get the perfect position, then strike at enemies for large amounts of damage.

An Assassin’s speed means they can quickly dodge incoming attacks, then rush back into the fight once the danger has passed. They are the perfect class to make an enemy miss, and then make them pay. There are also skills for stealth in case the Assassin needs to get out of a bad situation.

Unlike the Warlord or the Slayer, the Assassin doesn’t have high defenses, putting them in a tough position if they can’t move away from larger enemies. They are also great at individual combat, but they don’t have many skills for dealing with groups of enemies. But if you can take advantage of an Assassin’s speed and power, you will have a speedy damage dealer who rarely gets hurt.

The Gunner is another ranged class just like the Archer. They use their dual pistols to deal damage to enemies, using other projectiles when they need to deal with multiple enemies. When it comes to taking out multiple targets at a time, it is hard to compete with the Gunner.

Like the Assassin, the Gunner is constantly moving around the battlefield, trying to get a good position for their attacks. Being able to create space, then unleashing area-of-effect attacks on enemies will allow the Gunner to decimate battlefields without a scratch.

As with the Archer, the Gunner isn’t the most durable fighter, and they will struggle if they fail to move away from enemies. There are also a lot of skills that you need to aim, and effects that may/may not help your current situation. The Gunner will take some practice, but you won’t find a more reliable crowd-clearer.