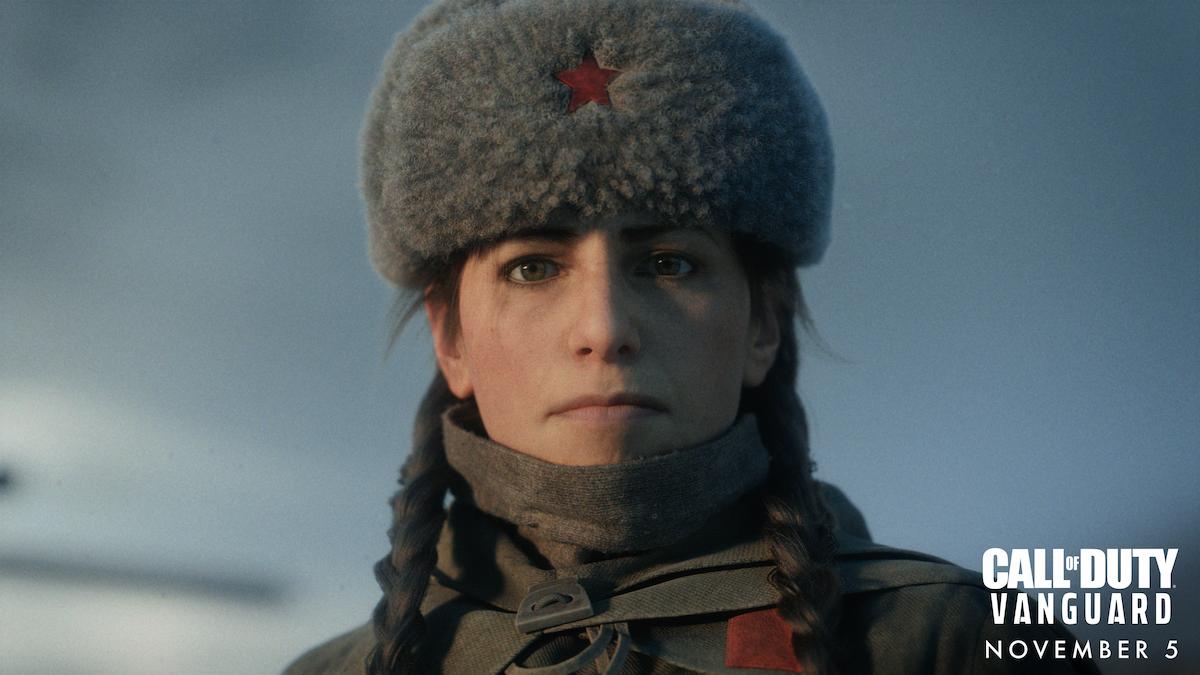 As Call of Duty campaigns in the past have featured big names in the likes of Kit Harington, Kevin Spacey, and Troy Baker, Call of Duty: Vanguard is certainly no different. All of the story’s cast, both starring and supporting, have splashed into acting with plenty of memorable characters beforehand. Here are all of the notable voices you’ll be hearing from Vanguard’s World War II tale.

Leading the cast is the ever-so-busy Laura Bailey. Bailey has become one of the most prominent voice actors in the games industry, playing Kait Diaz in Gears 5 and Mary Jane Watson in Spider-Man. Most notably, the actress took home the BAFTA Games’ Best Performer in a Leading Role award in 2021 for her performance as Abby in The Last of Us: Part II.

Playing Sergeant Kingsley, Chiké Okonkwo is currently a famous face you will likely see on television, as he holds the starring role of Ty Coleman in NBC’s new drama, La Brea. On the big screen, Okonkwo has also played the role of Will in 2016’s The Birth of a Nation. In terms of work in video games, the actor’s voice can be found in Anthem, Killzone: Mercenary, and even Mass Effect: Andromeda.

Vanguard will be Martin Copping’s second role in the Call of Duty series, as he starred as Sipes in 2016’s Call of Duty: Infinite Warfare. However, most FPS fans may know Copping better as Mozzie in the long-running Rainbow Six: Siege. Although his previous on-screen work includes roles such as Benny in NCIS, the actor currently has a film in post-production, titled The Dunes, which he wrote, directed, and starred in.

Playing one of the leading antagonists in Vanguard, Dominic Monaghan is someone all too familiar to The Lord of the Rings fans, with him playing the part of Merry in each of the series’ three films. In 2019, the actor even landed the role of Beaumont in Star Wars: Episode IX The Rise of Skywalker. Monaghan isn’t a stranger to the gaming community either, with his performance as William Joyce in the 2016 action title Quantum Break.

Before Vanguard, Derek Philips first caught the public eye as Billy Riggins in five seasons of Friday Night Lights. After, he went on to land a substantial amount of work in films, such as 42 and Amazon’s recent thriller Them. The actors’ performances in games include Randall in Telltale’s The Walking Dead, Elder Maxson in Fallout 4, and Jerry in The Last of Us: Part II.

Gamers may know Christopher Rivas best from his first voice acting role, starring as Che Sanz in Just Cause 4. Rivas has previously built a reputation in procedural TV dramas, performing in previous seasons of NCIS: Los Angeles, 9-1-1, and SEAL Team. However, in 2021, the actor landed the role of Oscar in the new FOX comedy Call Me Kat.

Performing as Des in his first voice acting role, Nikolai Nikolaeff has found his hands full with TV and movie roles in the last few years. Nikolaeff first attracted attention with his part as mafia boss Vladimir Ranskahov in the TV iteration of Daredevil. In 2018, the actor then played Aleksander, alongside Mark Wahlberg, in the thriller Mile 22. Following Vanguard, he will now be starring as Lloyd in the upcoming We Were Tomorrow series.

Most experiencing Vanguard’s campaign will know Simon Quarterman by the name of Lee Sizemore — the actor’s major role in HBO’s Westworld. Before the award-winning TV series, Quarterman captivated horror fans with his role as Father Ben Rawlings in 2012’s The Devil Inside.