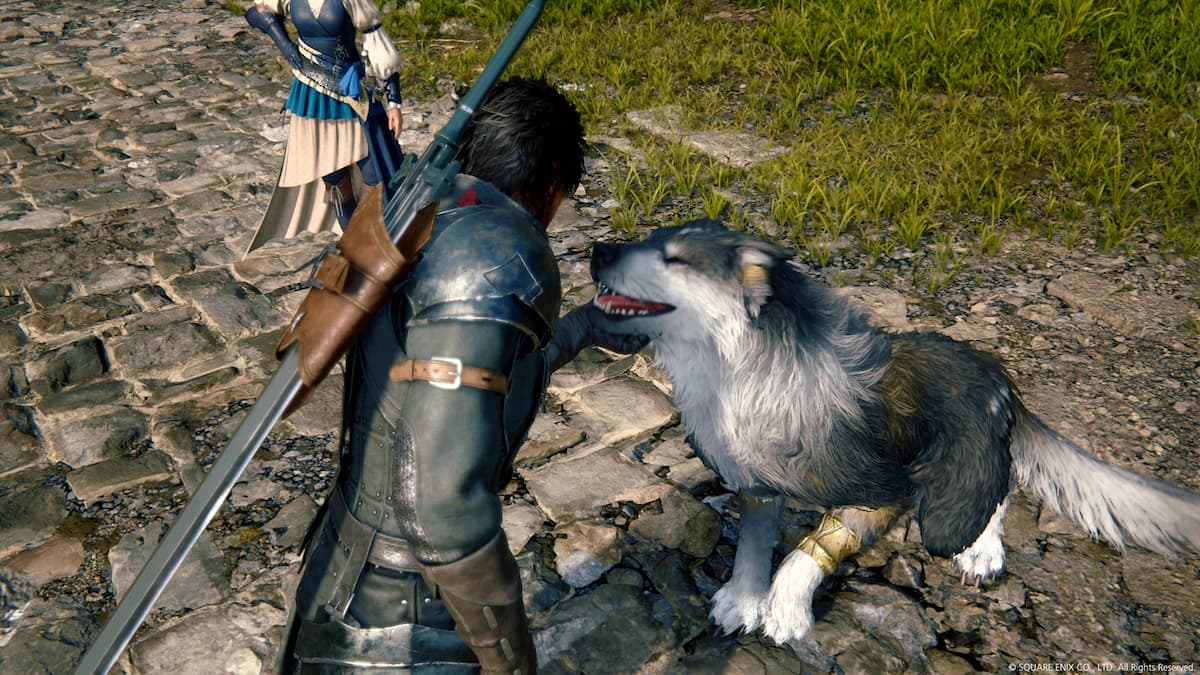 Final Fantasy XVI is the next mainline Final Fantasy title, and it features a cast of characters called Dominants. These characters command fearsome Eikons, representing the classic final Fantasy summons in a larger-than-life role this time around. When Dominants clash, massive kaiju-style battles occur, and the character’s performance comes through even in their monstrous form. This guide will explain who the voice actors are bringing these heroes and villains to life in Final Fantasy XVI.

Clive is the main character and hero of Final Fantasy XVI. His voice actor, Ben Starr, isn’t known for much gaming work. He has done far more live-action roles in shows like Jamestown and Dickensian.

Fresh off of playing Hugo in A Plague Tale: Requiem is Logan. He is a great voice actor who has shown his range in previous cinematic narrative-driven games.

Charlotte was nominated for Best Performance at the 2022 Game awards for her performance as Amicia in A Plague Tale: Requiem. Hugo and Amicia’s voice actors are back in Final Fantasy XVI, but they are not siblings this time.

Susannah is a prolific voice actor who has appeared in titles such as CrossfireX and Diablo Immortal. She has also done live television, notably on This Time with Alan Partridge.

Cid is a classic character in every Final Fantasy title, and experienced veteran Ralph Ineson is bringing him to life. He has appeared in Willow and The Legend of Vox Machina.

Nina is an experienced actor appearing in shows such as Peaky Blinders and Midwife, then games such as Lego Star Wars: The Skywalker Saga and Bravely Default II.

Alex has appeared in several games, such as As Dusk Falls and Horizon Forbidden Waste. He has also appeared in numerous live-action television shows such as Domina and The Rising.

Stewart is most known for their work in television shows such as The Dark Crystal: Age of Resistance and The Moonstone. They have also appeared in CrossfireX and Valkrie Elysium.

David Menkin is best known for his role as Dad Hooman in Floogals. He has also appeared in The Sandman. He voiced Luke Skywalker in Lego Star Wars: The Skywalker Saga.