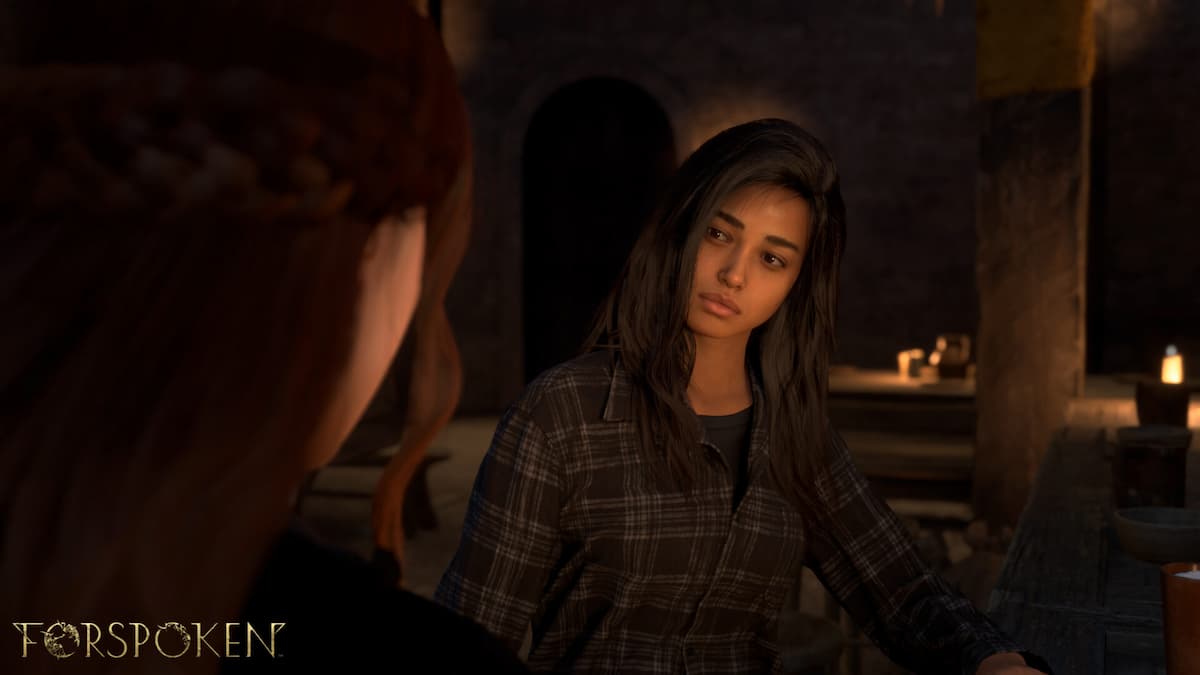 Forspoken, a narrative-driven action-adventure game from Square Enix, thrusts the player into the world of Athia, a dangerous land filled with fearsome foes and difficult trials on a journey that will require the player to harness magical abilities to survive. You play as Frey Holland, a street-wise young woman voiced by Ella Balinska, who is dropped from New York city onto Athia and is tasked with surviving this treacherous world.

To coincide with a more in-depth story introduction trailer unveiled at the PlayStation Showcase, Square Enix has also announced the other characters and voice actors aiding or trying to defeat the young heroine on her quest to save this new world she is a part of.

Jonathan Cake, known for the villainous The Shade in HBO’s Stargirl, will voice Cuff. Cuff is Frey’s magical, sentient bracelet that helps the player navigate through the world of Athia.

Janina Gavankar, who rose to fame as Papi in The L Word, is no stranger to video games, having recently voiced Lola in Night School Studio’s Afterparty. Gavankar will be the voice behind Tanta Sila, who once protected Athia but has since become the sole tyrant and dictator who has unparalleled skill in battle.

Keala Settle, a broadway actor whose character Lettie Lutz could be seen alongside Hugh Jackman in The Greatest Showman, is Johedy, a stubborn and tough archivist who aides Frey in her journey.

Monica Barbaro, who will be portraying Phoenix in the upcoming film Top Gun: Maverick, is the voice of Auden, a young woman who is open-minded and accepting of Frey’s arrival in Athia. Auden will be one of the few characters aiding Frey along her journey.

Along with the actors announced for the game, Bear McCreary was also introduced as a composer for the game. Most gamers will recognize McCreary’s work from 2018’s God of War and The Walking Dead. To coincide with McCreary’s more contemporary electronic beats, Garry Schyman, of BioShock fame, will be composing more classically inspired music for the game.

Although no specific release date has been given for Forspoken, Sony has announced this game as a Spring 2022 release for the PlayStation 5.