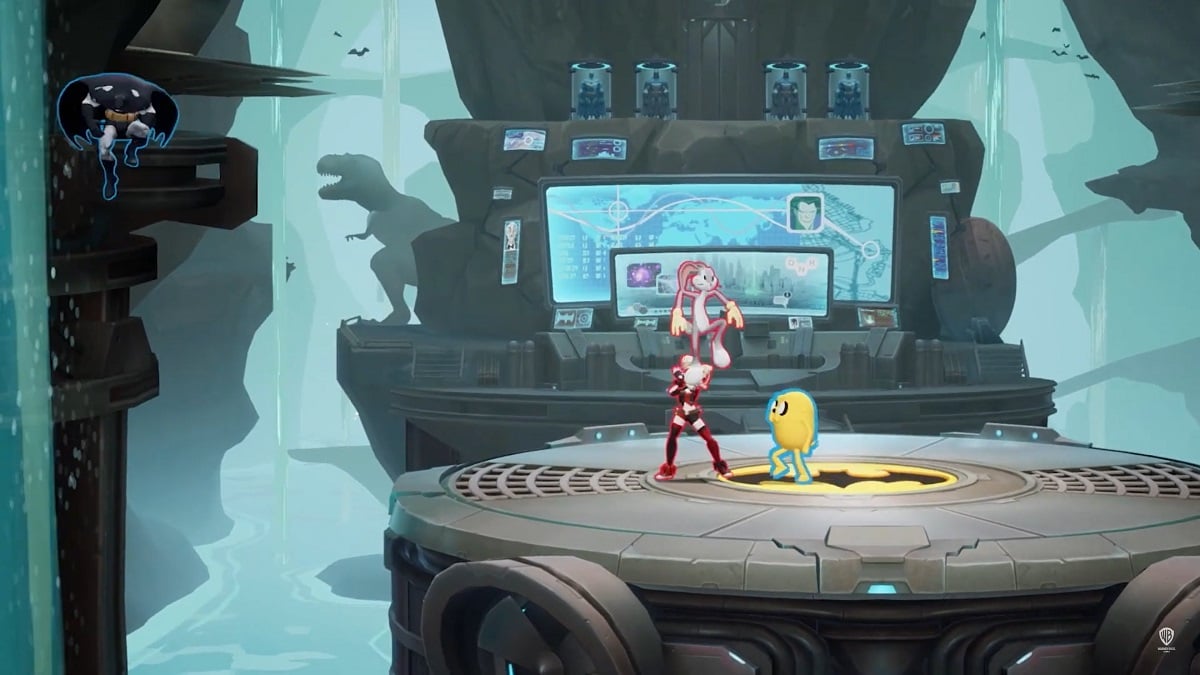 MultiVersus is a team-based platform fighter featuring a range of Warner Bros. characters. Released across PlayStation 4, PlayStation 5, Xbox One, Xbox Series X/S, and PC with robust multiplayer offerings for playing with your friends, you might notice some familiar voices here. Projects like this are difficult because the studios aren’t always able to nab the original voice actors. In MultiVersus’ case, there are many familiar voices attached to these classic characters.

Reindog is an original character created for MultiVersus.

Daniel DiVenere is one of the few confirmed actors to not have had any experience with the role in question. The original character is voiced by Zach Callison, but DiVenere has years of acting experience. You’ll most likely know him as the voice of Chandler from The Loud House.

Shaggy’s eccentric billionaire uncle is voiced by Daniel Ross. His most iconic roles include Donald Duck, Starscream, and Lucky the Leprechaun. He has also had minor roles on series like The Loud House, We Bare Bears, and Bunsen is a Beast.

Eric Bauza takes the reigns as both the wisecracking rabbit and the inseparable duo. He is one of the more recent voices behind Bugs Bunny, but you may also know him as Stimpy from Ren and Stimpy.

Estelle, on the other hand, is Garnet’s original voice in Steven Universe. While she has other acting credits, she is best known in the music industry as a songwriter, rapper, singer, and music producer.

George Newbern takes the helm here, most notable for his role as Superman in Justice League and Justice League Unlimited. Newbern has also voiced Sephiroth in the Kingdom Hearts and Final Fantasy franchises.

Joining his Adventure Time co-star, Jeremy reprises his role as Finn. While he has acted in other games such as Cookie Run: Kingdom, Shada is also a musician that continues to make music under his real name.

One of Bugs Bunny’s most iconic adversaries is voiced by Jim Cummings, who has portrayed various incarnations of the Tasmanian Devil since around 1991. You might also know him as Hammerhead from the 2017 Marvel’s Spider-Man animated series. He’s also voiced Pooh and Tigger across various Winnie The Pooh media from the 1990s up until 2018s Christopher Robin.

John Eric Bentley voices basketball legend LeBron James. Bentley’s career has taken him to different genres and forms of media, but most of his roles have been fairly light. He’s made single-episode appearances on popular shows like Law & Order, Star Trek: Deep Space Nine, Friends, and Malcolm in the Middle. His last major roles included Winston in Alpha & Omega: Journey to Bear Kingdom and Detective Warren from Cradle Swapping, both of which were released in 2017.

John DiMaggio may be best known for his roles as Bender from Futurama and Gears of War’s Marcus Fenix, but that’s not all. DiMaggio is also the original voice actor behind Jake from Adventure Time.

The controversial inclusion of the Iron Giant is reprised by Jonathan Lipow. Most of his acting credits are attributed to the Monster High series, but he has also made appearances on Doom Patrol and We Bare Bears.

Velma joins other Scooby Doo characters like Shaggy and Uncle Shagworthy. Kate Micucci has played Velma since the 2015 Be Cool, Scooby-Doo! series. While she’s voiced other minor roles across animated movies and series including Adventure Time and Bob’s Burgers, most probably recognize her as Lucy from The Big Bang Theory.

Kevin Conroy reprises his role as Batman, which he played in several different animated series, films, and games including Injustice. Of these, the 90s Batman: The Animated Series is his most iconic role as the masked vigilante.

Maisie Williams reprises her role in video game form as Arya Stark from the Game of Thrones television series. While her most significant role, Williams has had other recognizable appearances including Ashildr from Doctor Who.

He wasn’t the original voice of Shaggy, nor does he play Shaggy in modern Scooby-Doo media, but he is one of the most recognizable. Matthew Lillard is best known for his live-action portrayal of the character in the 2000’s Scooby-Doo movies as well as one of the villains from the original Scream.

Roz Ryan reprises her role as Cake, which originates from Adventure Time. This gender-swapped version of Jake the Dog is set to co-star in a spin-off series with Fiona. Ryan’s other notable roles include Thalia from Disney’s Hercules, Witch Leza in The Looney Tunes Show, and Bubbie from The Marvelous Misadventures of Flapjack.

Tara Strong returns as the iconic Harley Quinn. While not the first person to voice her, Tara Strong has voiced the psychotic Batman villain in various media ranging from the Batman: Arkham franchise to the Injustice series. Other major roles have included Timmy from The Fairly Odd Parents and Bubbles from The Powerpuff Girls.