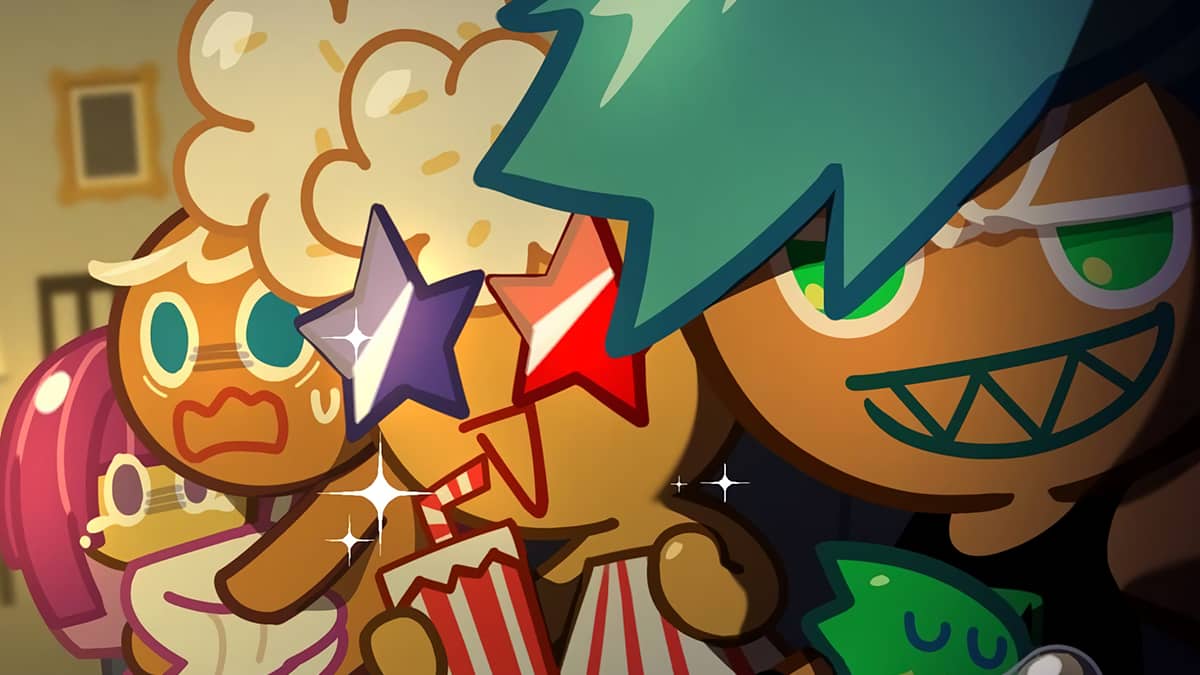 In Cookie Run: Kingdom’s big 10.8 update, not only are players seeing the debut of Mala Sauce cookie, but developer Devsisters Corporation is also adding English voice acting. Yes, the game’s cast, which features over 60 different cookies, will receive English voice acting. Players can choose the type of voice they’ll hear in-game in their settings under language.

The protagonist of Cookie Run: Kingdom, GingerBrave, is voiced by Jeremy Shada. Shada has voiced Finn from Adventure Time. He’s also played Reggie Peters in the Netflix show Julie and the Phantoms.

Strawberry Cookie is voiced by Anairis Quinones. Quinones has played numerous roles in various anime, such as Yelena in Attack on Titan, Echidna in Re:ZERO – Starting Life in Another World, and Mirko in My Hero Academia.

Chili Pepper Cookie is by Kimberly Brooks. Brooks has made her debut in voice acting in 1996 and can be heard in numerous TV shows, video games, and anime. She’s the voice behind Ashley Williams in the Mass Effect series, Shinobu Jacobs in No More Heroes and No More Heroes 2: Desperate Struggle, and was even Luna, one of the three Hex Girls from Scooby-Doo.

Custard Cookie is voiced by Jaimie Kelton. Although Kelton does not have many voice acting credits to her name, she has experience performing in theater productions and has recently won an award for Best Voiceover for her character Bo Peep on Syfy’s Happy!

Wizard Cookie is voiced by Kyle McCarley. McCarley can be heard in many different anime shows as well as video games. Most notably, he’s the voice of Shigeo Kageyama from Mob Psycho 100, 9S from Nier: Automata, and the beloved Gatekeeper from Fire Emblem: Three Houses.

Dark Cocoa Cookie is voiced by Patrick Seitz. Seitz, who has made his debut in 2000, can be heard in over 100 different projects. He’s the voice of Ira Gamagori from Kill la Kill, Dio Brando from JoJo’s Bizarre Adventure: Phantom Blood, and Endeavor from My Hero Academia.

Herb Cookie is voiced by Khoi Dao. Although Dao made his debut in 2015, he has made his presence known within the anime community as Tetsuya Kuroko from Kuroko’s Basketball and Rei Kiriyama from March Comes In like a Lion. He’s also the voice of Charlie Montague and 2-B.I.T. from Deathloop.

Mala Sauce Cookie is voiced by Caitlyn Elizabeth. Elizabeth’s most notable roles are as Croix Meridies from Little Witch Academia and Eyvel/Brigid from Fire Emblem Heroes.

Pure Vanilla Cookie is voiced by Yuri Lowenthal. Lowenthal is the voice behind Peter Parker in Marvel’s Spider-Man, Makoto Yuki from Persona 3: FES and Portable, Yosuke Hanamura from Persona 4 Alucard in Castlevania, and Suzaku Kururugi in Code Geass.

Parfait Cookie is voiced by Amanda Lee. Lee is known for her beautiful covers of anime and video game songs on her YouTube channel, LeeandLie. She’s also been the voice of numerous characters such as Isabella Santos from The Letter and Megami Saikou from Yandere Simulator.