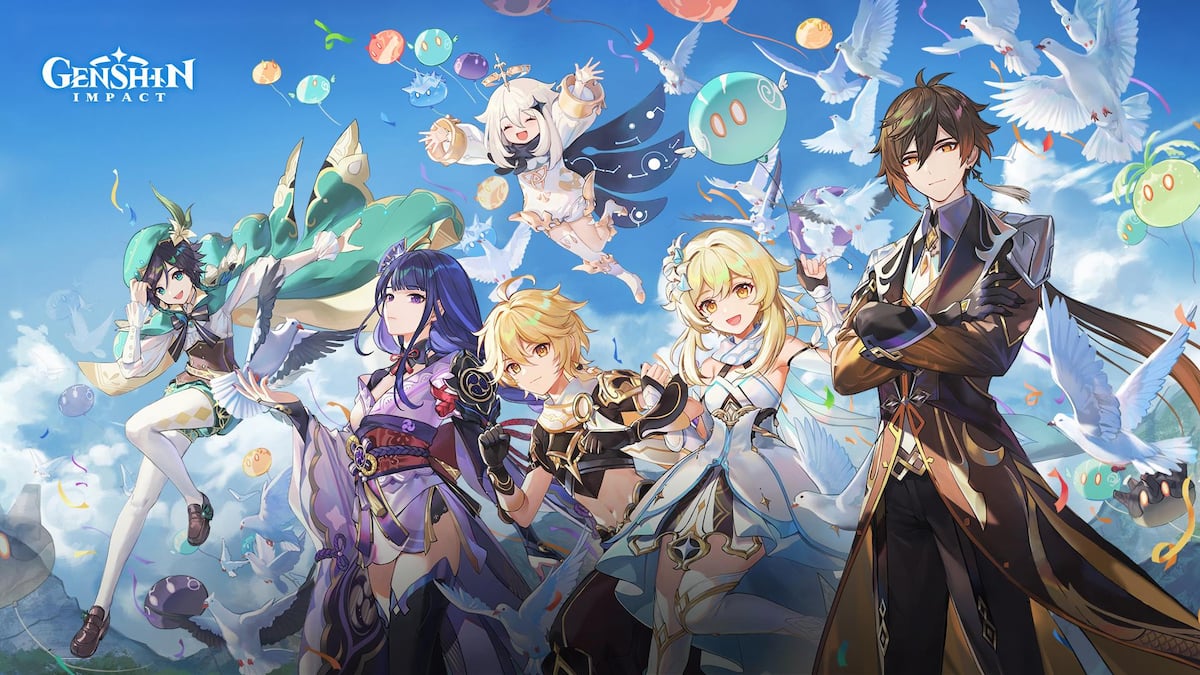 Genshin Impact isn’t receiving a new banner in the upcoming Version 2.1 update, but that doesn’t mean there aren’t any new characters coming in the future. We even know the identity of one of the upcoming playable characters, and if datamining is reliable, he should be coming fairly soon.

Arataki Itto is an upcoming male Inazuma character, described as “The Oni Sumo King.” He’s referenced in several voice lines from NPCs, bulletin boards, and other playable characters, and has a significant rivalry with Kujou Sara, who took his vision.

In Inazuma, an NPC named Rie describes Itto as “mean and overbearing,” but “not a thug” and a kind person in general. However, he’s always trying to pick a fight with Kujou Sara as she bested him in combat and took his vision during the Vision Hunt Decree. Humorously, while those who had their visions taken away exhibit symptoms of depression and listlessness, Itto instead seems to have gotten more energetic in the search to fight Kujou Sara.

Itto is reportedly quite heated and competitive. Playable character Yoimiya states Itto is constantly trying to start ramen eating competitions with her. Itto even nearly killed himself in an eating competition with Yae Miko, consuming allergic food.

As of this writing, there aren’t any leaks of Itto’s appearance. Characters in-game have described him as “scary” in appearance — with a tall build and two large horns protruding from his head.

Fans of Genshin Impact have expressed the desire for Itto to display more body diversity, as Genshin Impact only has a few set body types for each gender (that are playable). Male characters in particular only have tall characters, like Zhongli and Tartaglia, or a “boyish” model like Aether or Kazuha. Itto could very well have a more “buff” body, such as the blacksmiths that work across Teyvat. It certainly would be fitting for the Oni Sumo King.

There isn’t any indication that Itto is coming soon, aside from datamines posted on Reddit that hint at his abilities. A Genshin Impact leaker, Ubatcha, has posted that Itto should be coming in Version 2.3. While he was once a famous leaker, recent leaks of his have turned out to be incorrect. His track record is no longer reliable, so take any leak of his with a grain of salt.