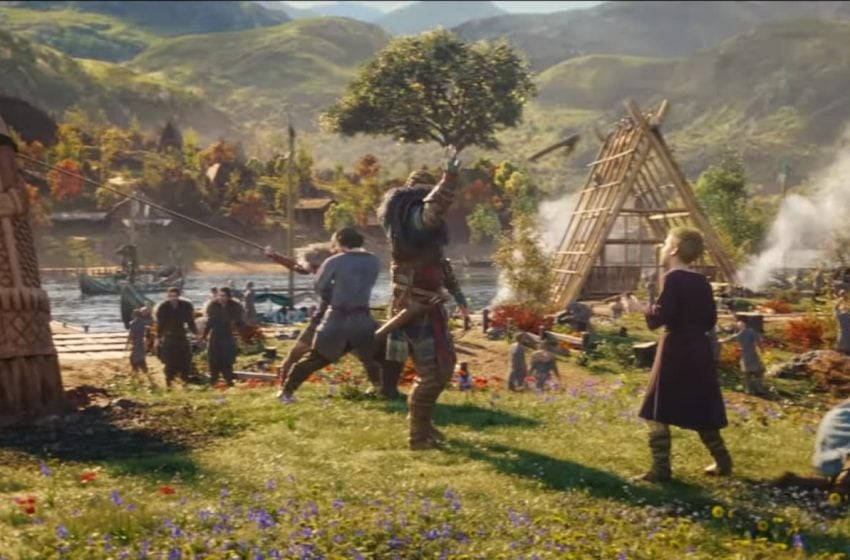 Assassin’s Creed games strive for historical accuracy at every angle. In Odyssey, the story immersed the player in the world of Ancient Greece with flawless recreations of statues, monuments, and scenery. The game’s plot pushed characters to interact directly with historical figures. Assassin’s Creed Valhalla will follow this trend. If the trailer is any indication, it already is. The trailer heavily featured the main character with a voice-over from King Alfred.

While we don’t know how the story gets to this point, we can look at the historical context to gauge who King Alfred is and his potential relation to the main character, Eivor. Assassin’s Creed Valhalla’s King Alfred is likely history’s King Alfred the Great. While it’s not specified, the time frame, name, and region all but confirm the king’s identity.

King Alfred, also spelled Aelfred, was king of Wessex from 871 to 899. He ascended the throne after the early death of his father, earning the kingdom at age 21. King Alfred is known for his military knowledge and abilities. He famously and repeatedly defeated the Danish Vikings, keeping them at bay as they advanced, ultimately preventing England from falling to the Danes. He viewed the repeated Viking attacks as a divine punishment and expanded learning as a result.

There’s more to King Alfred’s story, but the part we are interested in is his interactions with the Danish Vikings. King Alfred’s success in defending against various Viking raids is a highlight of his leadership. Early in his reign, the Viking leader at the time surrendered and was baptized. They were not attacked again until 885, where they would be successful again, thanks to King Alfred’s fortifications and military strategy.

King Alfred the Great died in October 899 and is memorialized in Winchester, his capital city.

We don’t know how the story will involve King Alfred, but early indications and historical events suggest that he will be an antagonist for the main character and player. He will likely be featured heavily through the story as a source of conflict as the player attempts to establish a settlement in England.

What it means for the story is unknown. There are many possibilities and rumors of other kings and countries to be featured. More details will be revealed as we approach Holiday 2020.