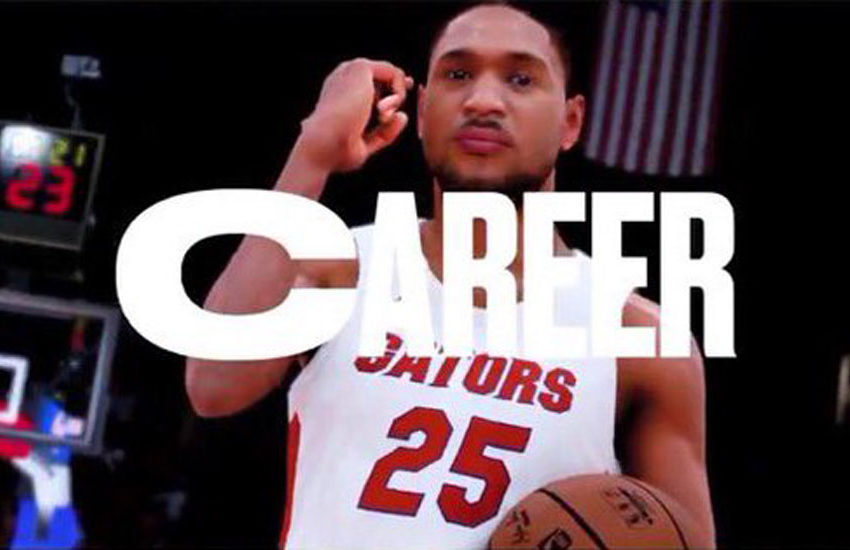 Looking for a new college sports game is like looking for water in the desert these days. Since EA Sports’ NCAA Basketball 10, fans have been grasping onto nothing but dead air. However, the god forsaken year that is 2020 is somehow granting NBA 2K users their first taste of virtual collegiate ball in over a decade, according to the latest trailer for NBA 2K21.

Mostly, the video functions as a hype trailer that doesn’t offer much. However, one small detail has caught our eyes. At the 1:16 minute mark, an unknown player, wearing a University of Florida jersey, is shown with the word “career” plastered on the screen. It’s not said outright, but it certainly appears that NBA 2K21’s career mode, MyCareer, will start users out in college.

Related: Will NBA 2K21 have a free next-gen version upgrade?

Formerly, NBA 2K MyCareer stories started users out in the NBA G-League or lesser-known international leagues. With only the hint of one college team, don’t expect to see all of the 350 Division 1 teams. Now that games have to ask each school separately for their name and likeness, it would be probable that Florida is one of only a handful of universities included. Recently, EA announced that Madden 21 would see 10 college football teams added to the game – but also only to its career mode.

We do hope that college teams will be playable in other NBA 2K21 modes, but nothing has been confirmed yet. Fans of the series will likely receive more news soon on this, as this new 2K installment hits shelves on September 4 for PlayStation 4, Xbox One, Nintendo Switch, and PC – with a number of varying editions.