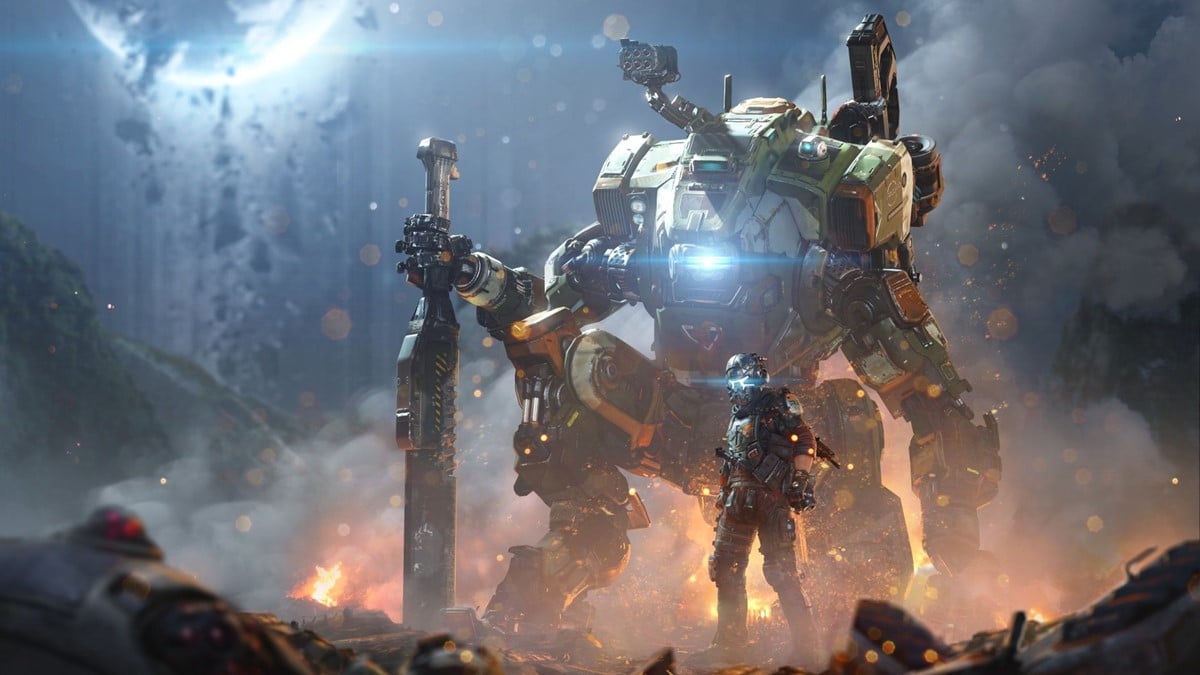 Time and time again, friends of mine have asked me, “Do you think we will get Titans in the Apex Legends?” And I had, for a while, been hesitant to answer because I knew it would be a long answer. That said, finally, I decided to type up everything I know, from fact to speculation about the possible future state of Titans being present in Apex Legends. So, friends: gather ‘round, and I’ll tell you a story.

First and foremost, what we do know is that Titanfall 3 has been canceled, or at least indefinitely delayed. We also know that the two next Legends in Apex Legends (or two of the next three) will most likely be Ash and Blisk. It is important to note that both of these characters have appeared in Titanfall before appearing in Apex Legends.

Next, it’s important to recognize that the damage you have to deal to earn the Mozambique badge in the Extended Seasonal Challenge this season is the same amount of six-digit number as Titanfall 2’s original release date (10/28/16). It is also called “Respect Your Elders,” and Blisk is older in Apex Legends than he was in Titanfall because Apex Legends takes place later in the timeline. From that, we can guess that Blisk is most likely the next legend for Season 9.

We also know from the developers themselves that by the end of the year, there will be more than just a battle royale for game modes in Apex legends. Based on what dataminers have discovered, the next mode coming to the game will be an arena/clash mode that is 3v3.

Last week, a video of Crypto saying voice lines about Titans surfaced on Reddit. Now, these voice lines are real, however, sadly it is not necessarily a sign that titans will be added into the game. Even though the video was given with a seemingly different context: These voice lines have been in the code since launch/earlier seasons, and are nothing new or exciting.

Apex Legends, after all, was originally going to be called Apex Predators and was literally going to be a 1:1 Titanfall battle royale with Titans directly involved in the original pitch. The Voice Actor for Crypto was most likely recorded for an earlier version of the game when that was still the premise, and based on the schedule for current Voice Actors, it would make sense that Voice Actors through Crypto, and maybe even Revenant, began recording before launch.

All of this said, with the upcoming addition of new modes, and possibly a main story or a bigger Lore-heavy quest campaign, if there was going to be a time to add Titans into the game, it would be Season 9 or 10. It would definitely make sense that they’d be in a mode other than the main battle royale mode. Maybe in a PvE setting similar to the quest missions back in Season 5, or even the upcoming Clash mode. It would also make sense that they get added around or after Blisk and Ash have been added, since they are both originally from Titanfall.

TL; DR: No matter what others say, we currently have no solid evidence that Titans will be implemented into Apex Legends. That said, with what we know about upcoming content in general, if they were going to see the light of day, it may be pretty soon. The one thing we do know for sure is: because Titans were originally going to be part of the premise, it would be easier for them to one day become part of the premise again.