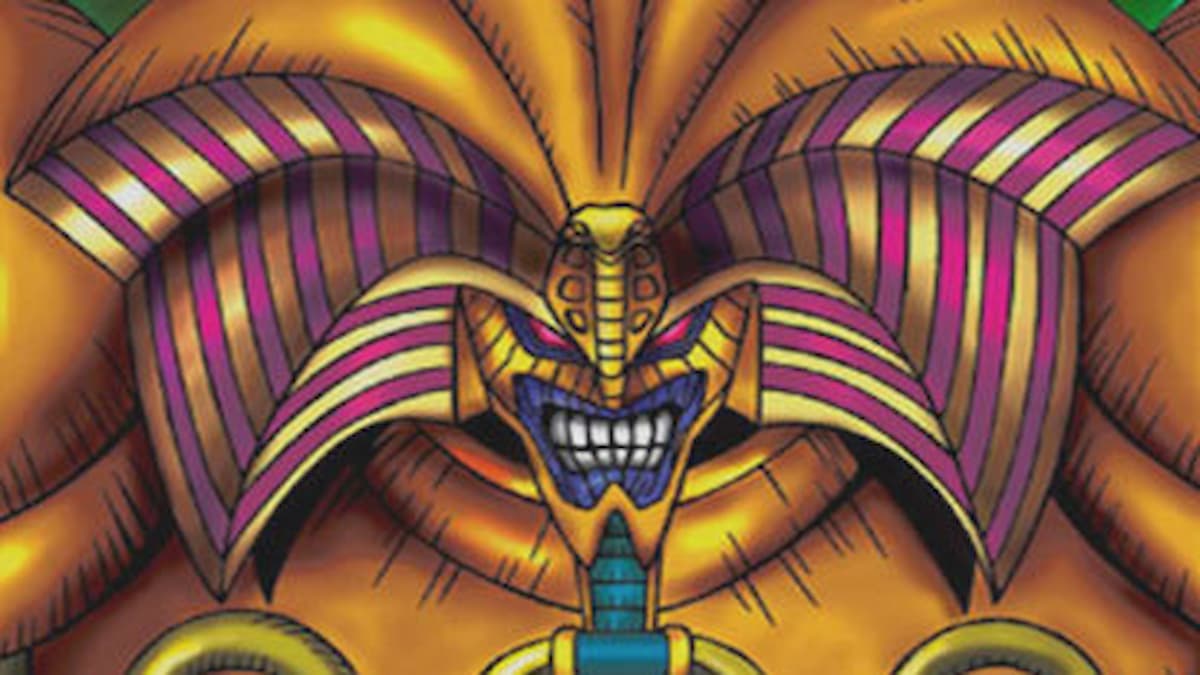 In the first episode of Yu-Gi-Oh! Duel Monsters, Yugi Muto, and Yami were able to defeat Seto Kaiba using the five Exodia cards narrowly. When all five Exodia cards are assembled in hand, the player can show the opposition and win the duel automatically.

Exodia is still a popular figure in Yu-Gi-Oh! to this day, you can use the five cards in Duel Links. With that said, let’s go over a few example deck builds for Exodia in Yu-Gi-Oh! Duel Links.

Exodia the Forbidden One and its limbs are not obtainable cards in Yu-Gi-Oh! Duel Links. Because of this, the only skill that you can use for Exodia in Duel Links is Grandpa’s Cards, a Yugi Muto (DM) skill. This skill, when equipped, adds the five pieces of Exodia into the deck at the start of the duel.

Unfortunately, the minimum amount of cards that you can have for an Exodia build is 25 cards, and a maximum of 35. This is not optimal, but it’s the price to pay to use Exodia.

Now, there are a couple of builds that you can use for Exodia, so let’s go over our first one, a build that revolves around the Heart of the Underdog.

Heart of the Underdog Build

This is a build short on thrills and more on luck than anything else. The goal of this deck is simple: stall long enough until you get the five pieces of Exodia.

Let’s start with this deck includes. Besides the five pieces of Exodia, this build consists of three copies of the Spell Card, Heart of the Underdog. This card, which is obtainable via SR Ranked Duel tickets or by leveling up Joey Wheeler (DM), allows the user to draw one more card every time a Normal Monster is drawn in the Draw Phase.

This is why you will want to stack your deck with Normal Monsters, preferably ones with high DEF stats. The objective is to set a monster on the first turn, hope you can survive, and then draw out the rest of the deck with Heart of the Underdog.

The issue with this deck, however, is that it is very inconsistent. You’ll need a copy of Heart of the Underdog on the first turn to have a fighting chance, and the probability of that happening is not as high as you might like, especially with a 25 card deck. Because of these circumstances, this build is rather tough to use.

If you’re looking for a more reliable build, here’s one that revolves around a rather easy card to obtain: The Legendary Exodia Incarnate.

The crux around this build does not necessarily revolve around Exodia, the Forbidden One. Rather, this build revolves around The Legendary Exodia Incarnate.

The Legendary Exodia Incarnate (TLEI) is an Effect Monster that is obtained via the Card Trader. This 10-star monster can’t be Normal Summoned or Set. It can only be Special Summoned by tributing one Forbidden One Monster (i.e., any of the five Exodia limbs). TLEI is not affected by the opponent’s card effects, and gains 1000 ATK for each Forbidden One card in the GY.

Now, you may be wondering why you would want to send Forbidden One cards to the Graveyard. If you’re familiar with Exodia, you know that to win the duel, you need to have and reveal all five pieces of the Exodia body. TLEI takes care of that, as it will allow the controlling player to add a Forbidden One card from the GY to hand during the End Phase.

For this particular build, it will depend quite a bit on being able to send, and then re-add Forbidden One cards to the hand. This is why you should look to add some of these other cards:

Other cards that may be helpful include:

Alternatively, you could also try to integrate other cards into an Exodia. You could always try to use Lightsworns, which utilize deck milling, along with The Legendary Exodia Incarnate. That, of course, may require you to spend more Gems than you might want.

By in large, Exodia and its support cards are fine to use for a couple of duels, but to be honest, don’t expect it to be a super-competitive deck. Both builds mentioned above have inconsistencies and are prone to bricking, thus severely limiting the potential of Exodia. So if you were expecting Exodia to beat Blue-Eyes or Cyber Dragons consistently, you were sorely mistaken.

But, if you want to give it a go, try to use some of the tips and ideas that we mentioned.