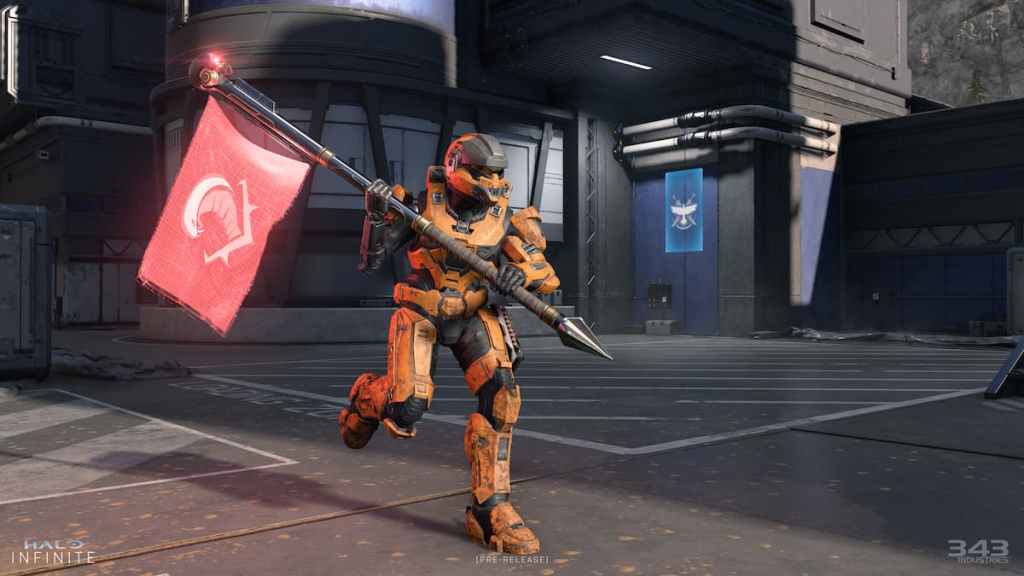 In the recent post for the Inside Infinite blog on the Halo Waypoint website, 343 Industries detailed what the company will include in the second Halo Infinite multiplayer preview and their plans to expand the test flight to encompass back-to-back weekends. The two upcoming test flights will split up the modes 343i will be testing, with Arena Mode (4v4) being the primary focus of the first weekend, September 23 to 26, and Big Team battle (12 v 12), which will be the focus for the following weekend, September 30 to October 3.

Arena Mode and The Academy

Arena Mode will be back again for the next round of the Halo Infinite Test Flight, and a new mode for the return of The Academy. Arena mode will feature those same matchups that players saw in the last test flight, either 4v4 bots matches or 4v4 players matches. As stated in the previous update, they will be boosting the level of difficulty of the bots and including objective modes coupled with the release of a new map at the end of the first weekend, September 26.

Training Mode is the new feature attached to Academy for the upcoming test flights. This lone wolf experience will allow players wary of playing with or against other players during the test flight to try out their skills on their own versus a single bot. This move will let new players figure out weapons damage, weapon combinations, and attack strategies independently. Weapon drills will also return, with a little more expanded content for new and returning players.

Big Team Battle, which inclusion was teased as an additional mode over the last few weeks by separate employees of 343i on social media, is now officially being tested during the second weekend of the test flight. Still, BTB is not just the expansion of the number of players but will also feature new mechanics and three new modes for the players to test out. An extra map for Halo Infinite Multiplayer, Fragmentation, will also be released during the BTB weekend, allowing for a more open-sandbox style of play for Halo test flight players. More details are to be released this upcoming Wednesday, September 22, allowing the developers to dive into more specifics regarding the upcoming test flights.