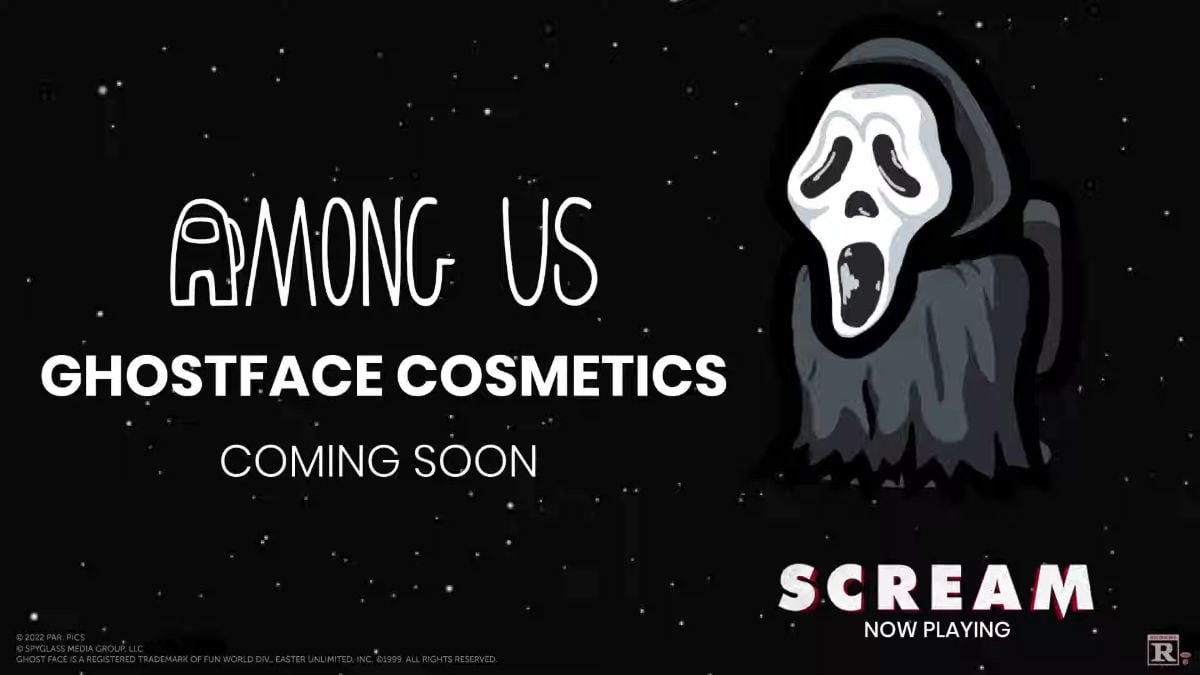 Game studio Innersloth is partnering up with Paramount Studios to bring in the Scream horror franchise into the hit social-deduction video game Among Us. This new major collaboration comes a few months after Innersloth’s first big-time collaboration with Riot Games to bring Arcane cosmetics to Among Us.

The new collaboration is to celebrate the release of the new Scream movie. Paramount released a new video where cast members Jack Quaid and Mason Gooding play Among Us with several YouTubers, including Chilled Chaos, 5Up, NoahJ456, Tina Kitten, and Kara Corvus. The end of the video shows that a new Ghostface cosmetic will be coming to the game sometime “soon.”

The Scream franchise is a series of slasher movies where the main characters are stalked by a masked killer. All the films have a whodunit mystery aspect, with the leads trying to figure out who the killer (or killers) are among themselves. That makes Among Us the perfect game for the cast of Scream to play in celebration of the fifth mainline entry in the film franchise.

This isn’t the first time that the iconic Ghostface costume has crossed over to other games. A murder in a Ghostface costume is one of the killers in Dead by Daylight. Ghostface was even also brought over to the world of Call of Duty in Warzone and Black Ops Cold War.