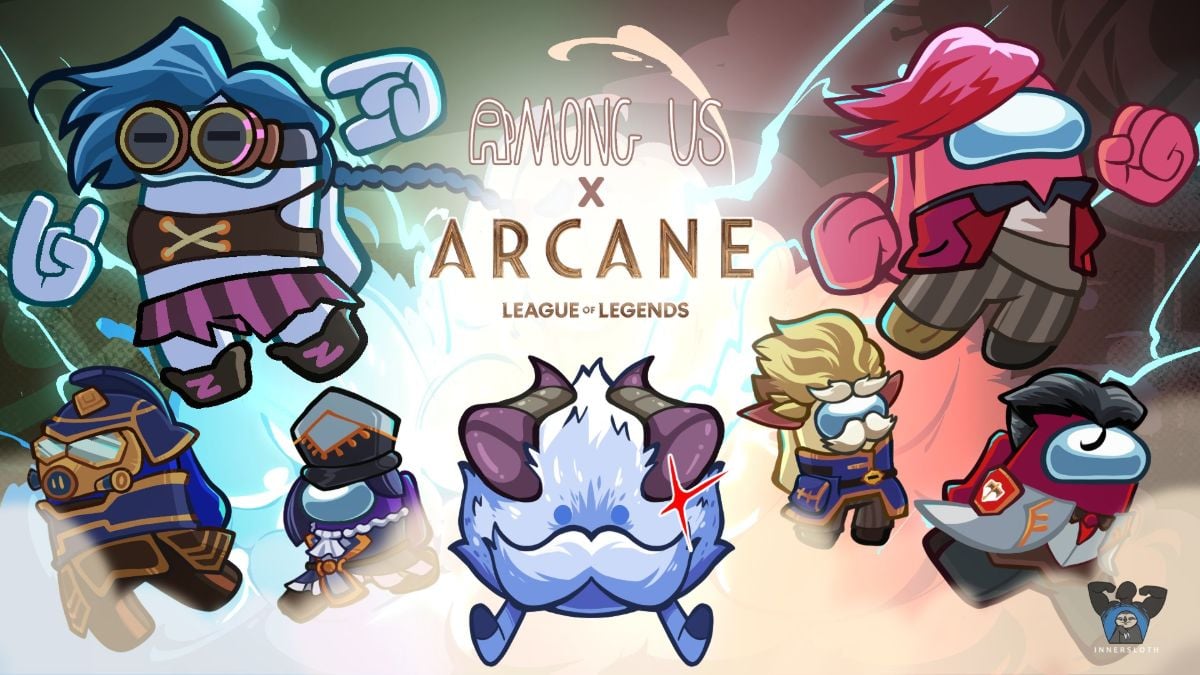 The Among Us’ Arcane Cosmicube, which contains a set of cosmetics based on characters from League of Legends and the Arcane Netflix series, is now available for players. The Among Us and Arcane collaboration is the first major partnership that developers Innersloth has made since Among Us rose to popularity in 2020. This is the latest in a series of Arcane promotions that Riot Games has made. Earlier, Riot Games teamed up with Epic Games to bring Jinx into Fortnite.

Innersloth listed out all the cosmetics that will be part of the Arcane Cosmicube on the company’s website. The cosmetics include full outfits based on characters from League of Legends who make appearances in Arcane. These outfits are based on the characters Jinx, Vi, Heimerdinger, Caitlyn, Jayce, Claggor (but just his goggles), and an Enforcer.

Cosmicubes are unlockable cosmetics systems that are unique to Among Us. Players can purchase different Cosmicubes on the game’s store, and each Cosmicube has its own set of cosmetic accessories. Players will need to unlock things called Pods through gameplay to gain access to certain cosmetics. There is a track system in each Cosmicube that shows how all the Pods are connected, and what order players need to go through to unlock them all.