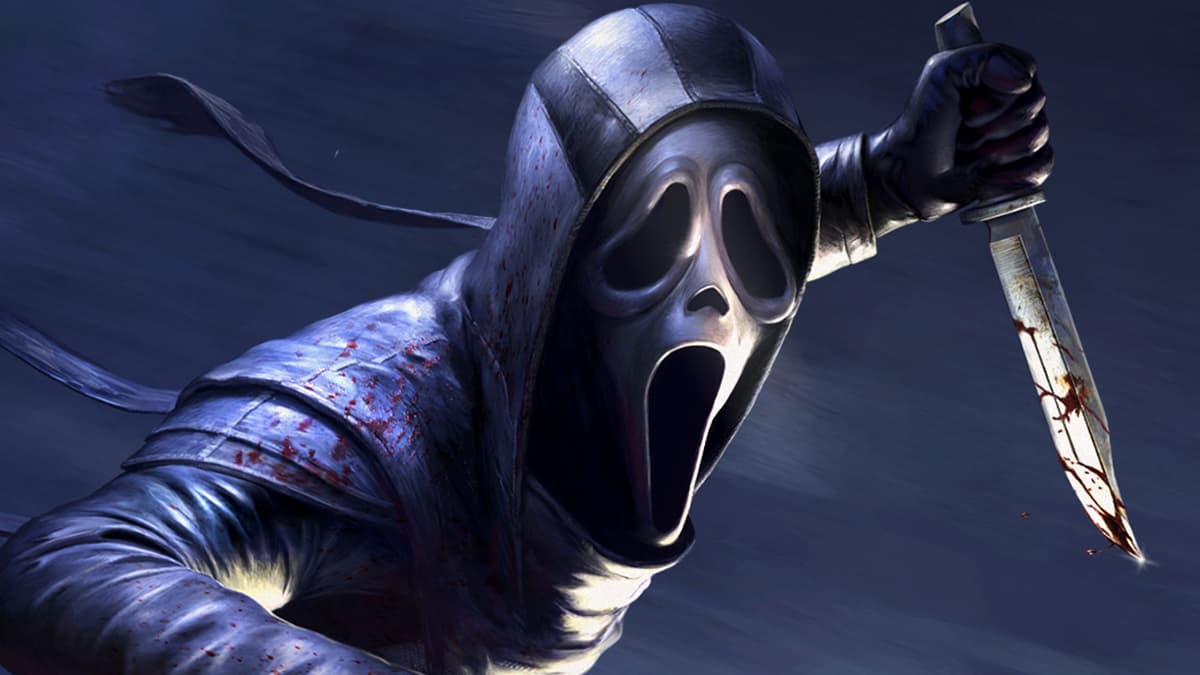 The mysterious Ghostface was added to Dead by Daylight in June 2019. Just like how he is in the Scream films, this beloved killer likes to roam in the shadows and catch his victims by surprise. If you want to dominate your games as Ghostface, you’ll need a build that makes his early game easier and gives him some much-needed map pressure.

This aggressive perk is seen on a lot of killers, and for good reason. At the start of a match, Corrupt Intervention blocks the three furthest generators from you for 80/100/120 seconds. This forces survivors to come to you, allowing you to get some early hits on players and potentially even hooking them within the first few minutes of the match.

As you’re roaming the map quietly, you’ll want to get an idea of where survivors are and Discordance is a fantastic perk to help you with that. Whenever two or more survivors are working on a generator, that generator’s aura will be revealed to you. Commonly, survivors will group up and do objectives together. Teaming up is a good way for survivors to get objectives done faster, but with Discordance, you’ll be able to put an end to the teamwork and force the players to split up.

After hooking a survivor, Pop Goes the Weasel activates for 35/40/45 seconds. The next generator you damage within that time period will instantly lose 25% of its progression. This perk gives Ghostface that map pressure he so desperately needs.

Whispers indicate when a player is within 48/40/32 meters of your location. This helps with tracking down any players who might not be working on generators and are instead healing another player or trying to sneak around the map.

In terms of items, you’ll want to equip Driver’s License and Olsen’s Journal. The major downside to Ghostface’s Night Shroud power is that a survivor can reveal you if you’re within 32 meters of them. If that happens, your Power gauge gets depleted and your ability goes on a 24-second cooldown.

Driver’s License makes it so that survivors can only reveal you if you’re within 24 meters. Olsen’s Journal increases your movement speed while Stalking by 20%. Speed can sometimes be the determining factor to whether a killer wins their game or not. Since you’ll be Stalking a lot as Ghostface, you’ll need to be able to move fast to get around the map and stay on a survivor’s trail.