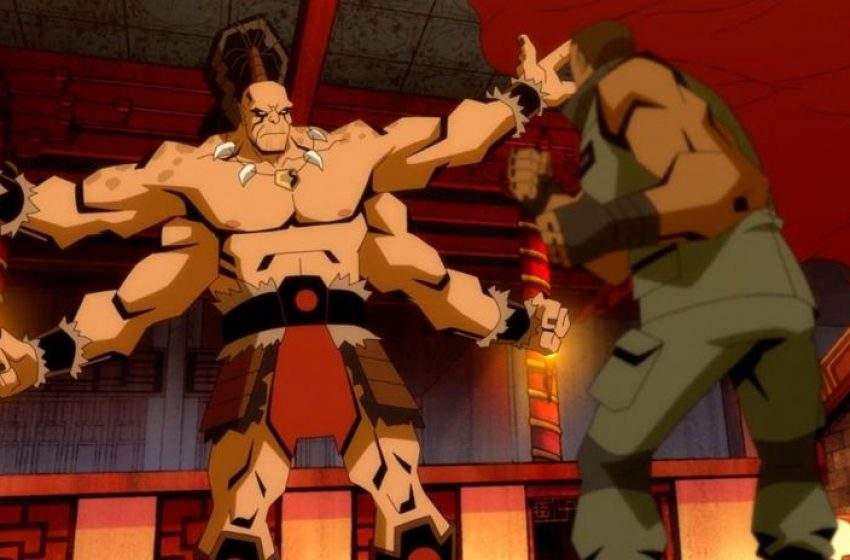 Earlier this month, an animated film based on Mortal Kombat was announced for the first half of 2020 by Hollywood Reporter. Today, the first trailer for the film has been released, and the story seems to have a hint of familiarity about it.

The film is subtitled Legends: Scorpion’s Revenge and stars several high profile voiceover talents including Community’s Joel McHale and Dexter’s Jennifer Carpenter. At the same time, it appears to follow the story of Hanzo Hasashi, better known as Scorpion, as he seeks revenge for the murder of his family at the hands of the story’s original Sub-Zero, Bi-Han.

Scenes from the trailer also seem to indicate that the overarching story will follow the events of the first Mortal Kombat, with the addition of Quan Chi. With Ed Boon consulting on the project, it will likely stay as close as possible to the game’s canon as it can, or at least the re-telling from 2009’s Mortal Kombat.

The animated feature-length movie will not be the only Mortal Kombat content coming to the screen. There is also a new live-action Mortal Kombat movie in the works that will act as a reboot to the cinematic universe of the franchise, with the last one taking place in 1997’s disaster sequel Mortal Kombat: Annihilation.

However, with no real noteworthy names currently attached to the project aside from Tadanobu Asano, who starred in each of the Thor films, whether it can restore some passion, the cinematic franchise is very much unknown.