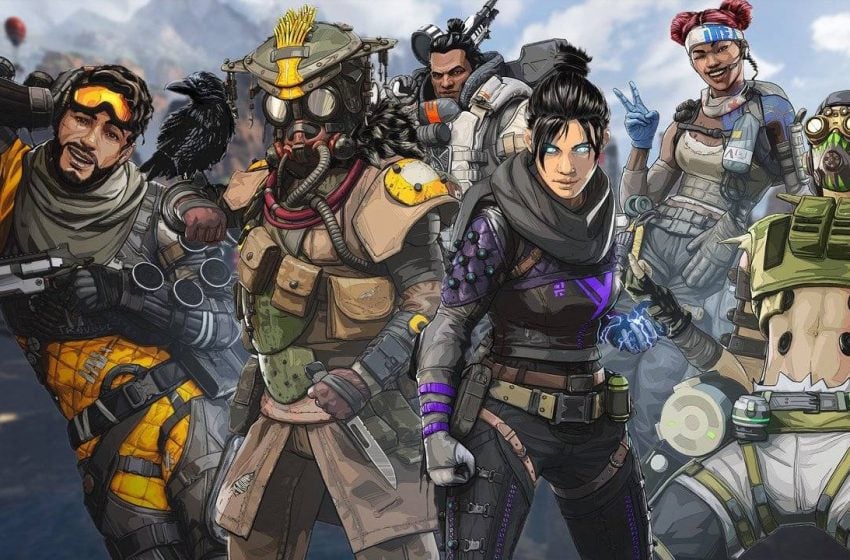 The new season of Apex Legends is on the horizon, with Season 2 of their Battle Pass set to debut on July 2. With it will come a host of new content, including skins, a new weapon, and a new hero in support character Wattson.

Today, principle weapon designer Sean Slayback, known as “Jayfresh” has highlighted some of the weapon changes that are coming to the new season along with the new weapon, the L-STAR LMG in a community post on Reddit.

Firstly, two new hop-ups have been announced, designed to boost the power of the more side-arm orientated weapons, and make them more viable in the endgame. Disruptor rounds increase the damage done to shields, allowing players to shred through an opponent’s defenses faster with the Alternator SMG and RE-45 machine pistol, while Hammerpoint rounds do the same thing for unshielded enemies while using the P2020 pistol or Mozambique. This decision is likely the change that Respawn alluded to during their EA Play presentation to make the much-maligned Mozambique more viable, along with the other secondary weapons. We’ll see once the update rolls out how much of a buff this gives the sidearms.

Energy magazine upgrades are going to receive an increase in magazine size.

Respawn has also buffed many of the “less-popular” weapons in the game to give players more of a variety to pick from for any given situation. They outlined that the Kraber, Flatline, P2020, Alternator, and Triple Take are all in-line for buffs.

Arc stars are also changing, and now they reward players who successfully attach it to enemies. If a player sticks it to a foe, it’s going to do increased damage. However, the weapon’s detonation timer has increased, and players on the edge of the explosion receive reduced damage. This change means players need to time their throws correctly to stick an opponent properly, rather than relying on the weapon’s area of effect attack.

New gold weapons are going to appear, and Airdrop weapons now look different depending on the stage of the game, so less Kraber snipers should drop as the game draws out.

Finally, the big take from the notes is that Energy max stacks have increased from 60 to 80 to line up with light and heavy ammo, while shotguns stacks are now maxed out at just 16, down from 64. This adjustment is likely going to have the most significant impact on the game as managing inventory to accommodate the powerful close range capabilities of the shotguns will now become more tactical as players are sacrificing a lot of space for the weapon. We could start to see players choosing to go for side-arms more, due to this modification.

While the details of each in full come out until Season 2 launches, the Reddit post gives some insights as to what the developers want to see moving forward with the game as they push to find more balance among all the weapons. The full notes are as follows:

This season we’re introducing the L-STAR, a rare and powerful LMG. This weapon fires large, high-damage plasma projectiles at a fast cyclic rate. The L-STAR is joining the Mastiff and Kraber in airdrop packages, and quite frankly, it’s a beast.

​The L-STAR’s unique projectiles are much larger than those fired by other weapons in Apex. Players need to lead targets more at range to compensate for the L-STAR’s slower projectiles, but on the flip side, they don’t have to aim quite as precisely to get good effect on target.

​All this plasma-fueled power comes at a price: the L-STAR will overheat if players hold the trigger down too long. When the L-STAR overheats, its lens breaks and needs to be replaced, which takes some time. Expert players learn to feather the trigger with short/medium bursts, taking short breaks to let the weapon cool down.

The L-STAR only spawns in airdrops (like the Mastiff and the Kraber), and comes with a limited ammo supply that can’t be refilled.

​Get out there, hunt some airdrops, and let us know what you think of our newest high-tech addition to the Armory.

This season, we wanted to bring up the low end of the power curve a little, increase situational viability for lesser-used weapons, and create more interplay between weapons. So, we created a couple of new hop-ups:

Ideally players will consider one of these hopped-up small arms for weapon-swap tactics, and sometimes carry them unironically into endgame situations.

Energy Mag attachments have been added for the Havoc, Devotion, and Triple Take, adding more loot gameplay and power curve depth. Like the other magazine attachments, Energy Mags increase ammo capacity (at all levels) and reduce reload time (at level 2 and above).

We buffed some less-popular weapons to make them more powerful within their designed roles. Look out for buffs to the Kraber, Flatline, P2020, Alternator, and Triple Take, with specific details outlined in our S2 patch notes.

Since launch, the Arc Star has seemed “spikey” to us. (To us, this means that the gameplay and personality are good, but it can sometimes feel unfair to use or fight against.) We did a few targeted tweaks:

– Sticking a full health player will now down them

Players can look forward to finding a totally new set of gold weapons in Kings Canyon for the start of season 2. Look out for the final list in the Season 2 patch notes.

Apex players need to strike a fine balance between loading their backpacks with ammo, and holding other items for emergency or utility purposes. In a couple cases, we felt the stack sizes weren’t well-balanced, so we tweaked:

And, of course, these loot tables now include the L-STAR plasma LMG!

Beyond the changes mentioned here, the weapon team still has a few tweaks up our sleeves for Season 2, so look out for our patch notes when the season starts on July 2.