A surprise update to Apple Arcade added four new games from some exciting developers to the already jam-packed subscription service. The update comes a few weeks after the attention-grabbing launch of the service, which offers access to more than 100 games for $4.99 per month.

The most exciting game in the update is probably The Bradwell Conspiracy, by Bossa Studios, the studio behind I Am Bread and Surgeon Simulator. In The Bradwell Conspiracy, you explore the abandoned and partially destroyed Stonehenge Museum after a mysterious explosion. Of course, with “conspiracy” right there in the title, things aren’t quite as simple as they initially seem. You’ll need to share intel with a fellow survivor to escape the museum as things take a turn for the creepy. The Bradwell Conspiracy is also heading to PlayStation 4, PC, Nintendo Switch, and Xbox One later this week.

Developer Hi-Point, known for the hit mobile cat collector Neko Atsume, released a game called Nightmare Farm. Despite its name, it’s still an overwhelmingly cute game, albeit a little spooky. In Nightmare Farm, you grow crops and give gifts to people who stop by to visit. Not entirely unlike the way you bribed cats to stay at your house in Neko Atsume.

Pilgrims is another game from Amanita Designs, which previously developed the whimsical indie adventures Machinarium and Chuchel. Pilgrims forgo any complex mechanics in favor of a charming hand-drawn art style and funny interactions with the game’s various characters based on drawing cards from a deck. Pilgrims is also available on PC through Steam, GOG.com, and itch.io.

Finally, the update includes Redout: Space Assault, an arcadey space combat game from developer 34BigThings. It’s a follow-up to 2016’s Redout, a well-reviewed but thoroughly under-the-radar racer in the spirit of WipeOut. Redout: Space Assault looks like it will retain some of the original’s influences even as it shifts to focus on intense dogfights. It will also be receiving a PC release at an unspecified later date.

How to get Watch Dogs 2 for PC free 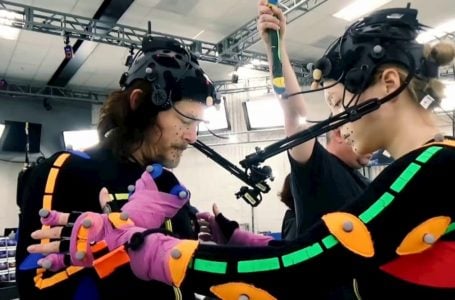