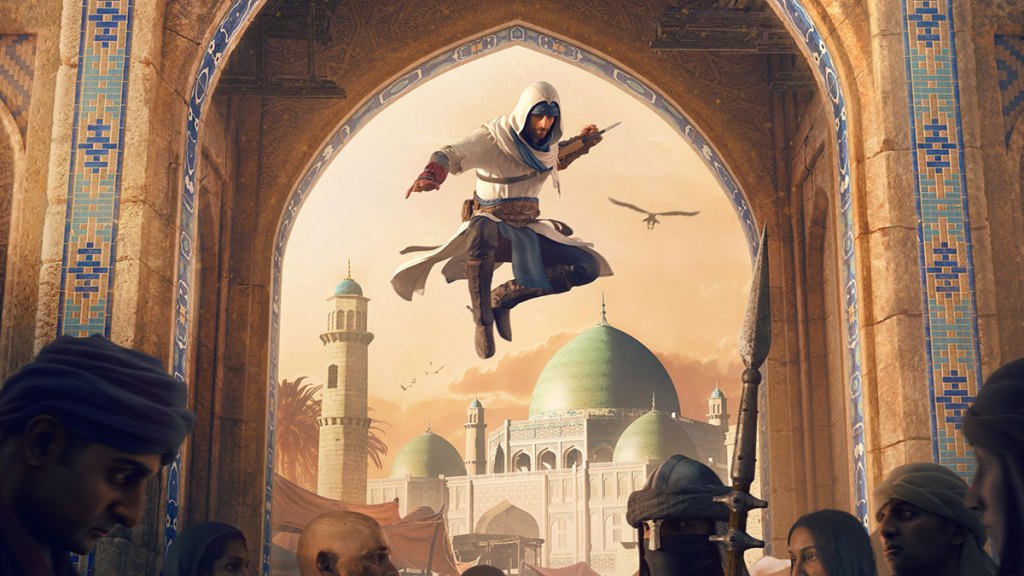 It was only a few days ago that the next Assassin’s Creed game saw some leaks. At the time, it was reported that the game would be called Assassin’s Creed Mirage and would star Valhalla’s Basim. Now we know that at least that part of the report is totally true.

Ubisoft made the announcement on Twitter through the official Assassin’s Creed account — perhaps the leaks resulted in the news breaking a little sooner than originally planned. “Assassin’s Creed Mirage is the next Assassin’s Creed game,” the tweet plainly states, confirming the title. The accompanying image also shows Basim leaping above a crowd, confirming his role in the game. Additionally, it promises “to tell [us] more on September 10 at Ubisoft Forward.” The showcase streams that Saturday, starting at 3 PM ET / noon PT.

When Assassin’s Creed Mirage first leaked, the report came with some additional details that have not yet been confirmed by Ubisoft. It’s said to be a more stealth-focused entry, taking the series back to its roots when it releases in spring 2023. It will star a younger Basim, when he was a street-level thief and not yet an elevated Hidden One. There’s also buzz that the original Assassin’s Creed has been remade and will be included in Mirage’s Season Pass. To reiterate, only the name and the image of Basim have been confirmed thus far.

It’s not the only image of Mirage we’ve seen though. Artwork for a bonus quest called “The Forty Thieves” has also been unearthed, and the concept certainly lines up with a game that allegedly stars a younger, thieving Basim. Once again, this is unconfirmed on Ubisoft’s end, but such a quest sounds like the exact sort of thing that the company likes to include in its Season Passes, preorders, and special editions. In any case, we’ll learn more later this month.