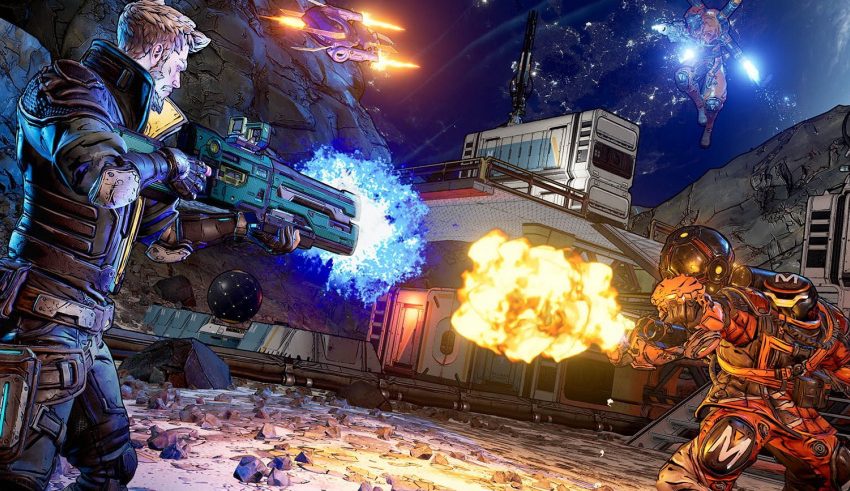 Borderlands 3 is currently in a strange spot with its life cycle. Having released its first DLC, Mad Moxxi’s Heist of the Handsome Jackpot, a few weeks ago, many are unsure of what’s coming next for the game. There’s no roadmap for the upcoming DLC, nor is Gearbox being very transparent with the community.

However, a third-party rumor has surfaced that might answer some of these questions. Supposedly, a Battle Pass and various microtransactions are in the works for Borderlands 3.

This rumor picked up steam after YouTuber Moxsy’s recent podcast, Moxsy’s Bar Episode 7. Moxsy claimed to have sources close to the development of Borderlands 3 and said there will a Battle Pass and microtransactions added sometime in February.

As with any rumor, nothing is confirmed. This could very well be a hoax or false information by a YouTuber with illegitimate sources. However, it is noteworthy that Borderlands 3‘s next content drop is likely coming in February.

If the rumor is true, however, what would a Battle Pass look like in Borderlands 3? Presumably, there will be tiers that increase in difficulty but also offer better rewards the more you advance. Though, how would you actually advance the tiers in the Pass?

One can surmise that sheer playtime in the single-player mode will earn you tiers. However, what if you’ve already beaten the story with every character on True Vault Hunter mode? This is where Gearbox would likely implement daily and weekly challenges for players to complete for Battle Pass XP.

Microtransactions are a whole other monster. The Battle Pass, if rumors are true, will likely cost $10 or so. Pairing that with the $60 base price of Borderlands 3, plus DLC, and also adding microtransactions? That doesn’t seem like a great recipe for success.

These are just rumors as of right now. However, it’s certainly something to monitor as Borderlands 3 gears up for its next content drop.