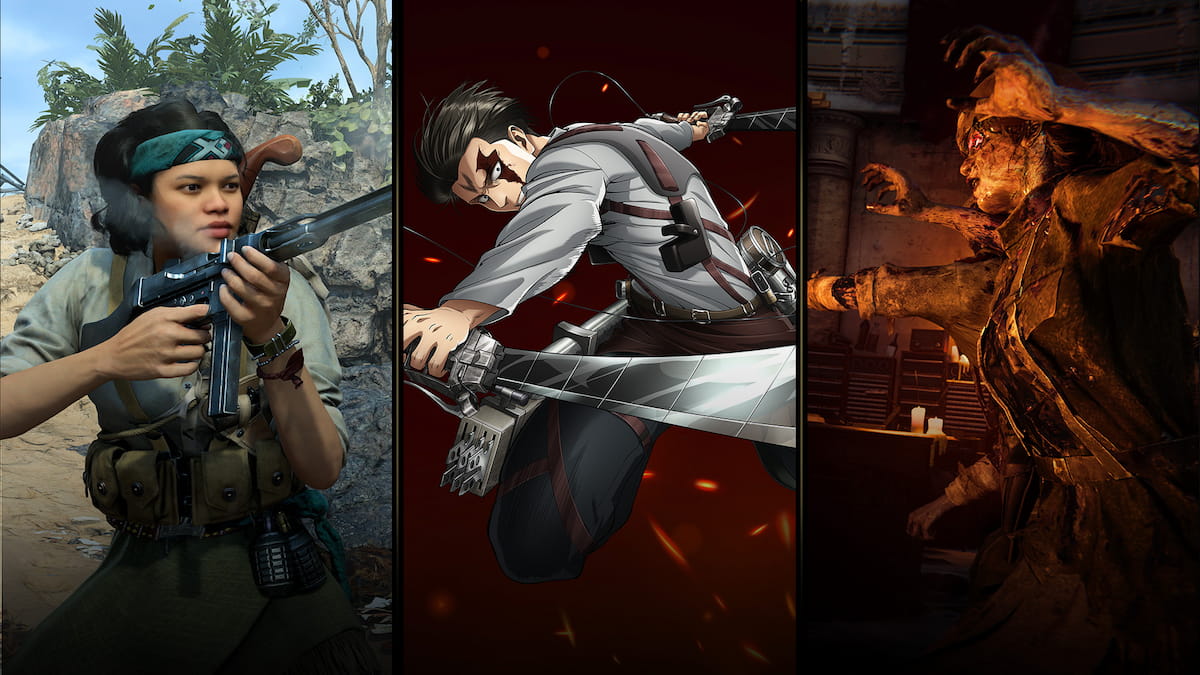 In an unexpected twist, Call of Duty: Vanguard and Warzone are joining forces with the hit manga/anime series Attack on Titan for the games’ mid-season update. Coming later this month, the update will incorporate various elements from the popular show, now entering its final season, into the similarly stark and brutal worlds of Vanguard and Warzone.

The developers are keen to stress that the incoming content will not just be for “superfans of the franchise” — rather, the included new items aim at any and all players. Among the goodies that players can expect are new Legendary weapon blueprints, including the fearsome Titan Piercer, the impressive-looking blade capable of, as the name suggests, slaying Titans.

The other new blueprints are the Historia SMG and the Ymir Curse assault rifle, and players can also score a new Survey Corps Operator skin for their characters. There are stickers, emblems, and other bits and pieces available in the 10-item bundle, too.

The Attack on Titan collaboration will come online on January 20, but for the impatient Operators out on the battlefield, there will also be a midseason update for both games around a week earlier (January 11 for Vanguard, January 12 for Warzone). This will feature new Operator Isabella, the Welgun SMG, and updates to Vanguard’s Zombies mode.