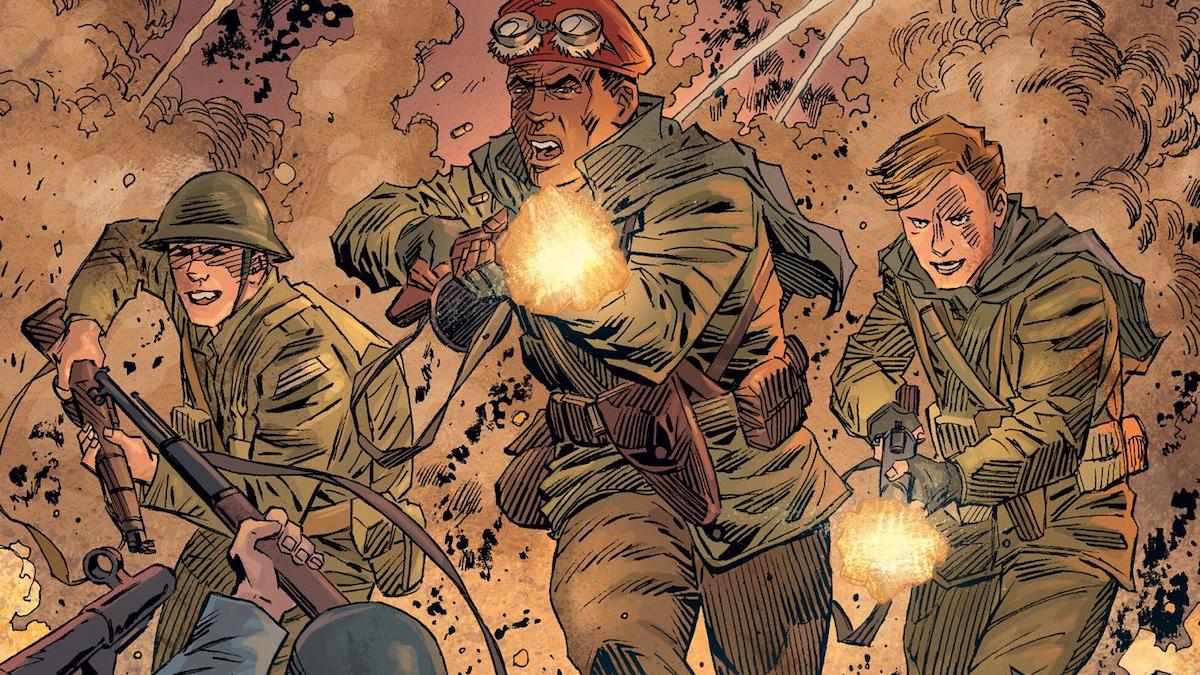 The first issue of Sledgehammer Games’ comic series based on the upcoming Call of Duty: Vanguard is now available to read on the series’ website for free. The comic series explores the formation of Task Force One, the protagonists of Vanguard.

The first issue centers around Kingsley, whose unit is struggling in a battle against surrounding Nazi forces. Agent Butcher — a character previously introduced in Call of Duty: WWII — also makes an appearance as a recruiter for Task Force One. The story depicts Kingsley facing a test of character when Butcher presents him with a new opportunity.

Only the first issue is available to read at the moment, but the remaining five aren’t too far away. New issues will debut weekly, according to Sledgehammer Games’ blog, so if the first issue piques your curiosity, keep an eye out on Call of Duty’s website next week.

Sledgehammer also previously confirmed that a physical book compiling all six issues would be released in early 2022, but no further details are available at this time.