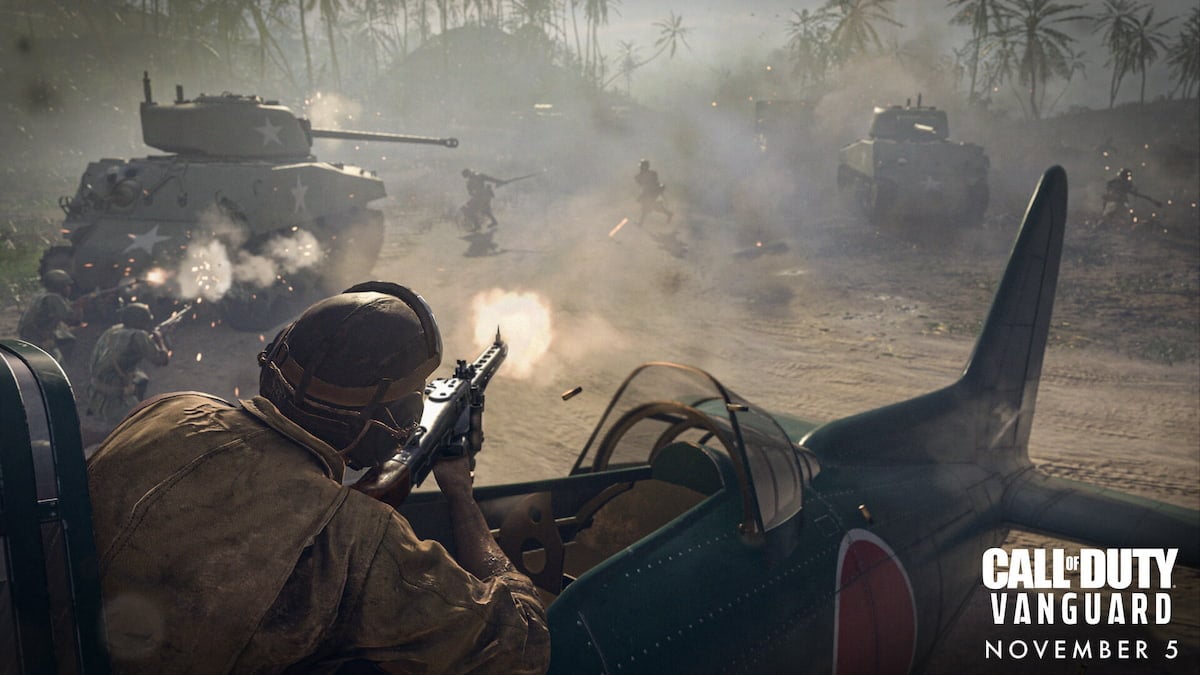 Publisher Activision pulled back the curtain on Call of Duty: Vanguard today. The latest game in the long-running franchise takes players back to World War II and is set to launch on November 5. The reveal trailer gave fans their first cinematic look at the game but didn’t include any gameplay. If a screencap from a recent Call of Duty League marketing email is to be believed, that could change on August 22.

Dexerto’s Call of Duty outlet CharlieIntel was the first to spot the marketing materials. Of course, things could change, but it appears that Call of Duty multiplayer fans will get their first look at Vanguard’s multiplayer at this weekend’s Call of Duty League Championship matches.

Even if we don’t get that trailer on August 22, we already know a few key details about Call of Duty: Vanguard multiplayer. Importantly, the game will launch with 20 different maps. 16 are 6v6 maps, with the other four only being for 2v2 play. The maps will also have breakable elements, making them feel more dynamic. Finally, the Call of Duty devs are introducing a new mode called Champion Hill. This is an amalgamation of Gunfight mode and battle royale with players getting new progression options between rounds.

Hopefully, we get to see all of that in action on August 22 when Call of Duty: Vanguard’s multiplayer trailer is rumored to drop.