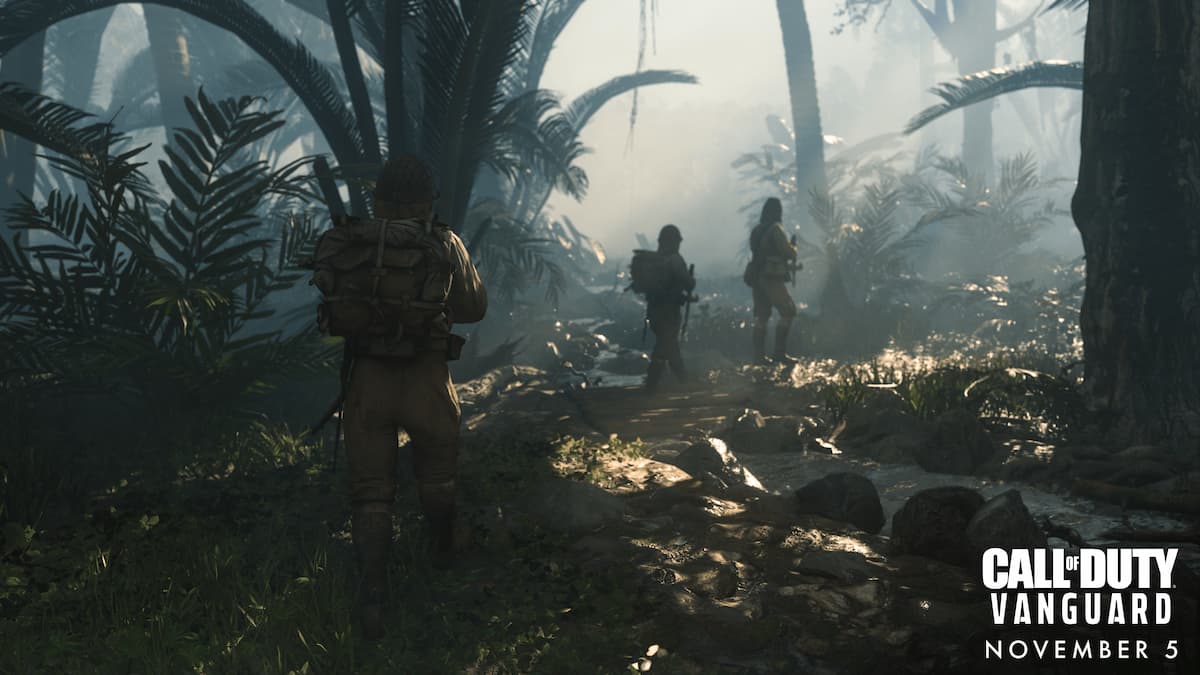 Plot and continuity have never been staples of the Call of Duty franchise, but that doesn’t mean they can’t make crossover events happen. Fans who have been looking for more details on how the latest Call of Duty: Warzone Pacific event would tie into the newest title in the series, Vanguard, got a little taste recently.

According to a cinematic posted on the official Call of Duty Twitter account, it appears that Task Force Trident, one of the upcoming multiplayer factions in Vanguard, is making an appearance in the Pacific theatre just in time for the Warzone Pacific event launch on December 9. Seems the Nazis weren’t content with mucking around in Europe during WWII and caused some problems in the Pacific theater as well. Task Force Trident has been sent to investigate and eliminate the threat.

Just what exactly they found remains to be seen, but expect lots of bunker exploration and gunfights around the Pacific region along with an updated map, new weapons, and new vehicles to use.

Players who have already purchased Vanguard will get access to the Warzone Pacific map a day early on December 8. Otherwise, fans will have to wait until December 9 to check out the new Warzone Pacific content.