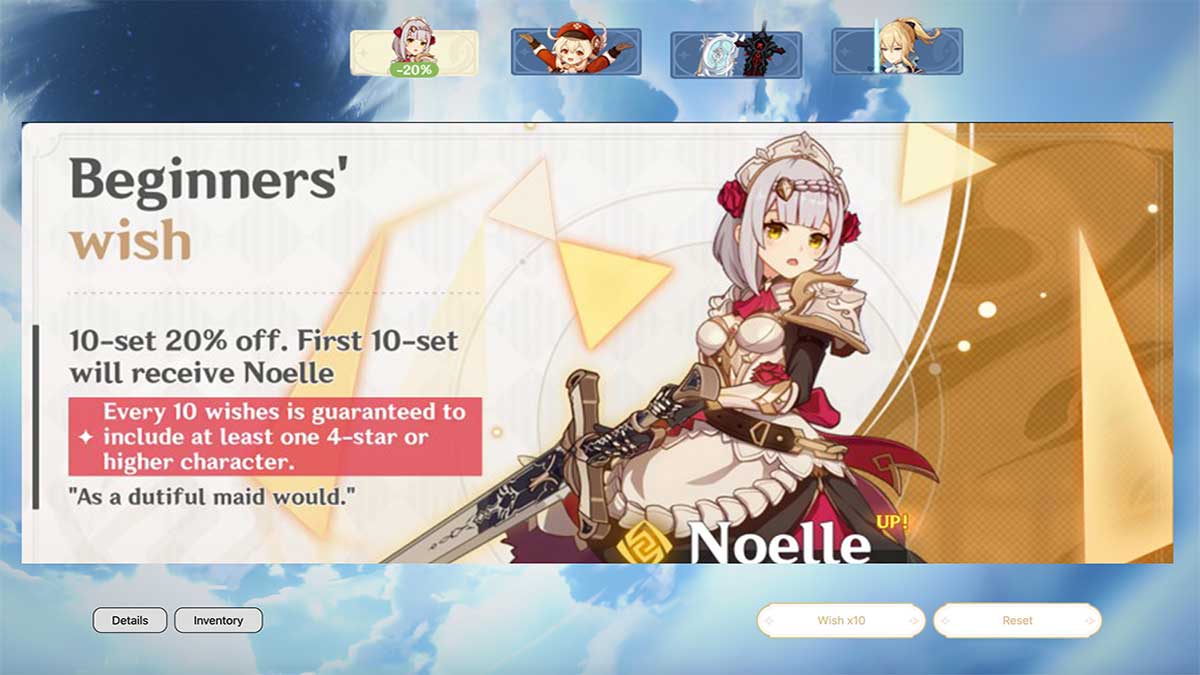 If you’re sick of spending all of your Fates on Wishes, only to end up with characters you already own and three-star equipment, you’re not alone. There’s little worst than paying out for ten Wishes at once, only to end up with your eighth Noelle and a stack of swords to dismantle.

However, now there’s an app through which you can simulate Wishes over and over again until you finally get one you’re pleased with. It won’t affect your game in any way, but it’s better than spending yet more money on Fates.

This app is called Genshin Impact Wish Simulator and has a very similar interface to the Wish screen in Genshin Impact. You can choose from any of the four types of Wishes available in the live game. There’s no limit to the number of Wishes you can make. Each one will play the joyful cutscene you’ll know and love from the game, but it won’t reveal each item individually. Instead, you’re taken straight to a reward screen so you can see everything you haven’t earned.

The Wish types seem to resemble those currently active in the game. There’s also a section where you can check on the probability of winning a character or piece of gear. Another feature shows you the rewards you’ve earned so far and how much you’d have spent in real money to get it. Just in the time I took writing this article, I racked up $41.28.

Genshin Impact Wish Simulator was created by a player for fun and is not associated with miHoYo in any way. In fact, the developer has put their contact details out there so that miHoYo can contact them to shut the whole thing down if they want to.

Genshin Impact Wish Simulator is a fantastic way to get that fix you need to buy a Wish without actually spending any Fates. It might sound silly, but if all you want to do is check what you could get in your next wish, this is the perfect solution.

Just watch out. It’s probably even more addictive than paid-for loot boxes because you have absolutely nothing to lose by rolling another Wish, except for the next hour or so.