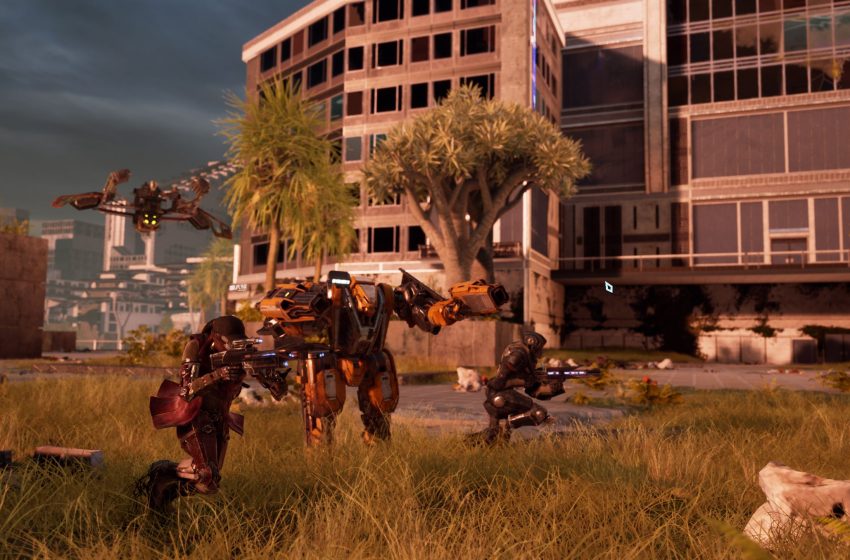 Players will have the chance to “reboot humanity” when the Private Division-published game launches on June 16. The announcement was accompanied by a new story trailer on Private Division’s YouTube channel, which offers a glimpse into what fans can expect from its campaign in just over a month’s time.

Disintegration is set in a world devastated by famine and, with the planet on the brink of destruction, humanity has developed a process known as Integration — a procedure that transfers human brains into robotic bodies until resources are plentiful again.

The game’s single-player campaign sees players take control of Gravcycle pilot and resistance leader Romer Shoal, who leads a small band of robotic freedom fighters in the fight against the Rayonne, an ultra-militaristic force who wish to turn the once optional Integration process into a compulsory one. Blending real-time strategy with shooter mechanics, it will be up to you to stop the Rayonne from converting the rest of humanity against their will.

Disintegration will also come equipped with a frenetic PvP multiplayer mode. Players will have three game types, six maps, and nine crews to choose from at launch, with more content to be patched in post-release.

Gravcycle cosmetics, banners, pilot and crew skins, and other rewards will be on offer for players to earn in multiplayer. Additional prizes will land in-game too as part of seasonal content updates.

Disintegration will launch on PC via Steam, PlayStation 4, and Xbox One for $49.99 (£39.99). Gamers who pre-order it now, on Xbox One and PC at least, will receive bonus content in the form of a unique Lost Ronin Midnight crew skin, Flex emote, Medal Gravcycle attachment, and platform-exclusive animated player banners.