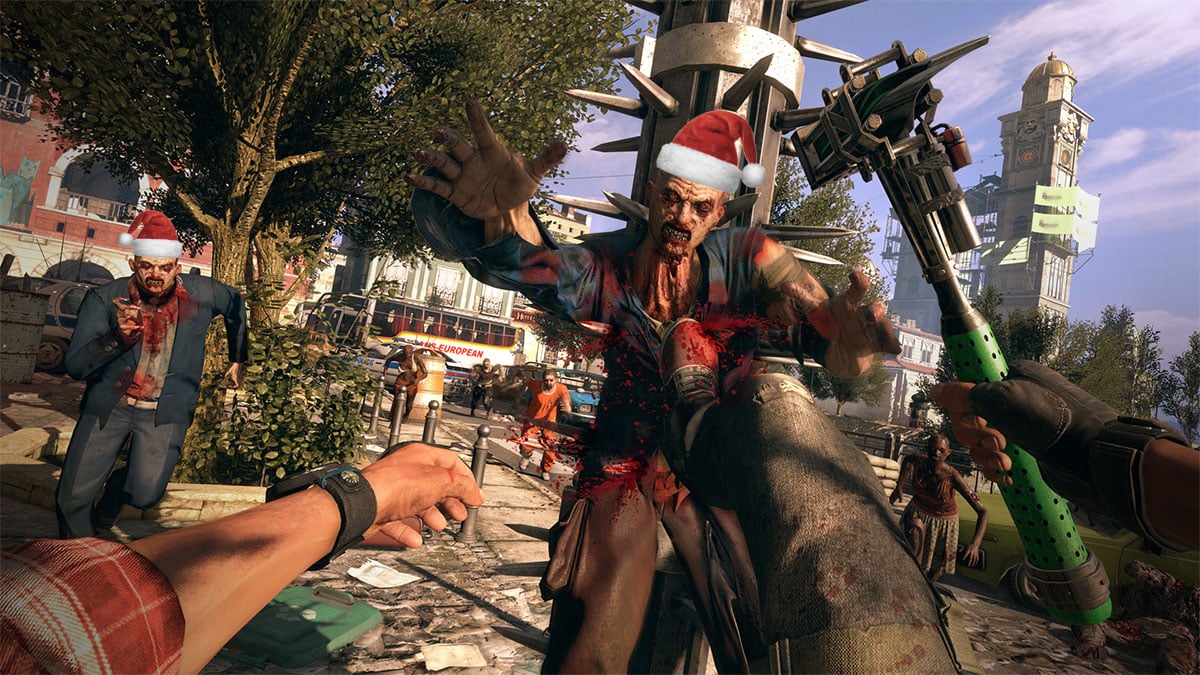 The winter events trailer showcases the various goodies in the game. From now through December 23, Hyper Mode is turned on. This means your punches are powered up and kicks will send zombies flying comically far. Get enough kills with your fists and you’ll receive the Hyper Argument Hammer, previously only available in the Harran Tactical Unit bundle. Reduced fall damage is also active for the duration, so you can be a bit more reckless.

Starting December 16, the Super Crane will be available to everyone, letting players do all sorts of fun tricks with the grappling hook. Use it to throw enough zombies off of roofs and you’ll get the pink-and-purple Volkatronix gun that debuted with the Retrowave bundle. As with Hyper Mode, the Super Crane will also expire on December 23.

If you haven’t played Dying Light yourself, the new Platinum Edition has everything you need — it includes the game and all previously released DLC in one package. Current-gen upgrades will also be coming via PlayStation 5 and Xbox Series X/S patches in the future. The next game in the series isn’t too far off, either. Dying Light 2 Stay Human has gone gold, and the sequel will come to PC, PS5, PS4, Series X/S, and Xbox One on February 4, 2022.