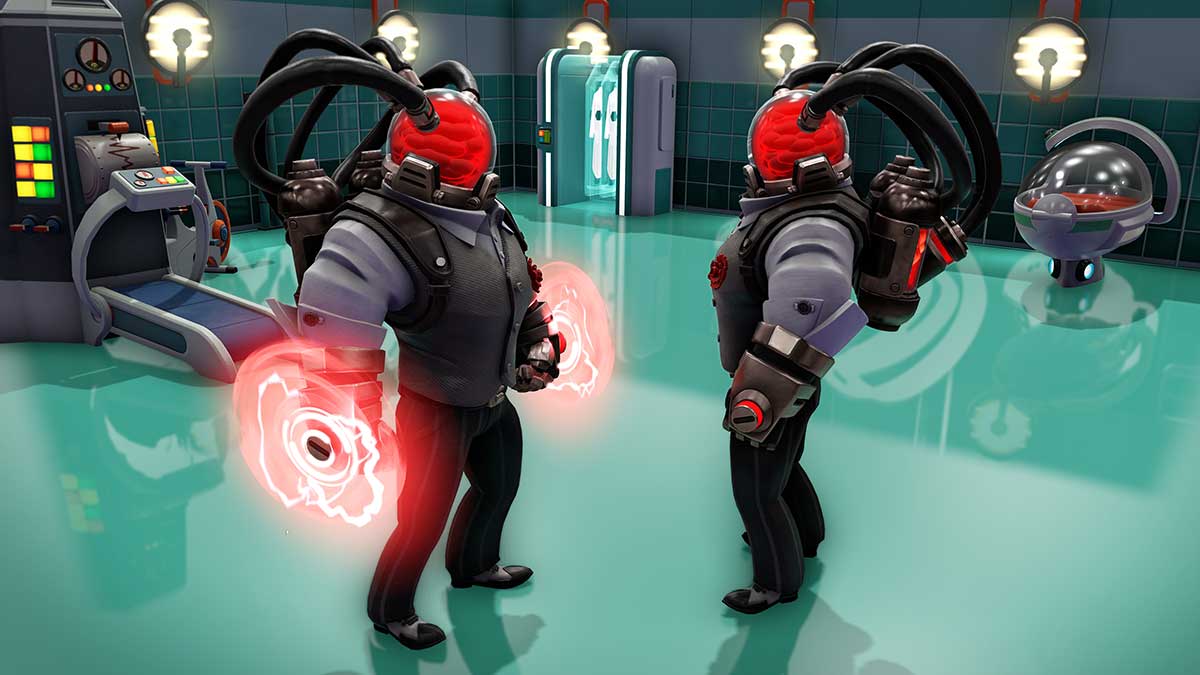 Evil Genius 2: The Cabal Pack launched today, bringing with it a new Side Story, Henchman, Lair Equipment, and more to the game. This is the first piece of DLC that forms part of the game’s season pass, but it’s also available to purchase separately for $4.99. The main addition to Evil Genius 2 that The Cabal Pack makes is the brand new Henchman, Espectro. To pick this electric Henchman up, you’ll have to complete his new Side Story, adding a little more content to the base game.

Once you’ve acquired Espectro, you can move on to make the most of the new Lair Equipment added with the pack. The R.A.Y.G.U.N. Interrogation Device bears a lot of similarity to the laser used to interrogate James Bond in Goldfinger. If you want to threaten the Agents of Justice with a high-intensity beam of light, this is the device to use.

Another new piece of Lair Equipment is the Cabal Indoctrination Chamber. This will change the appearance of four of the regular Henchmen in the game, giving them a red glow and some additional abilities that change their focus and where you might want to use them in your Lair.

To access The Cabal Pack, you need to start a new campaign. Once you have, you’ll be able to research and build the new Lair Equipment and, of course, locate and hire the new Henchman, Espectro.