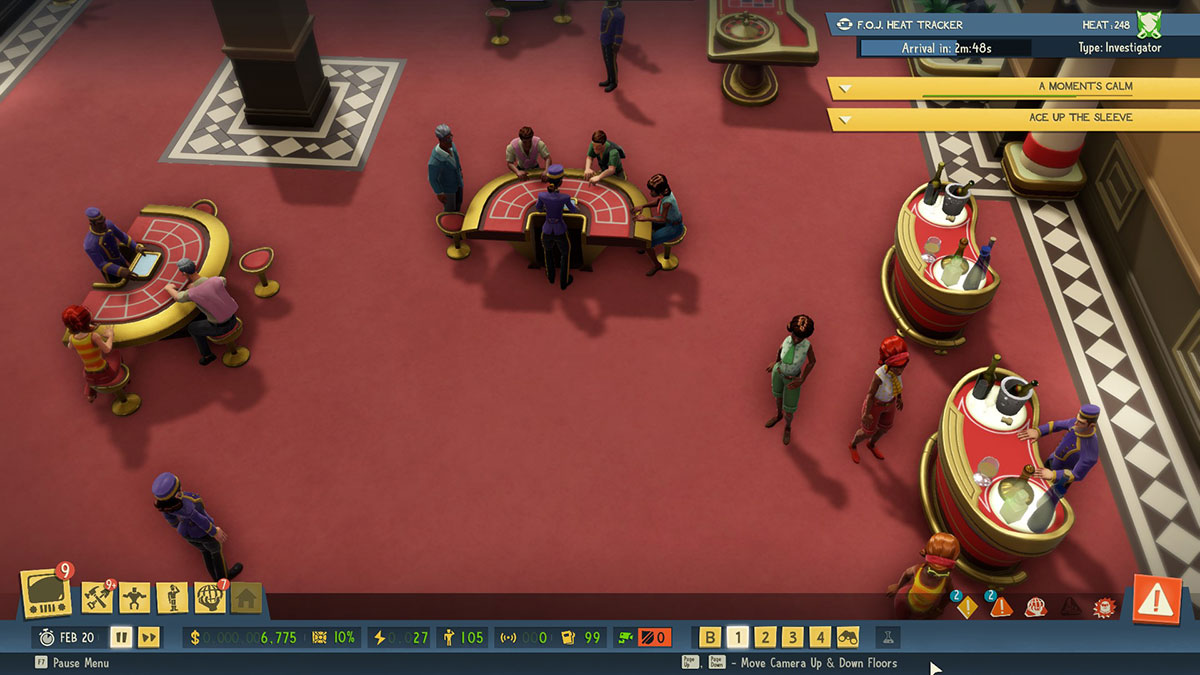 Evil Genius 2 hotfix 1.1.3 has been released, providing several fixes to bugs that would leave players in a soft-lock state with certain side missions and makes the deception campaign much more viable.

The focus of this latest hotfix is to make a deception campaign in the game much easier on the player. This has mainly been achieved by reducing the Force of Justice Agents’ chance of fighting back. Now, players can keep their Heat level down worldwide and ensure that any agents who turn up are swiftly distracted.

Before the update, agents and soldiers found it far too easy to invade a player’s island and massacre their Valets. This only becomes more frequent as Heat levels rise in every region, so this hotfix should make a noticeable impact straight away.

Another issue the hotfix addresses is side stories that would break before being completed. Issues such as Crime Lords dying outside of combat and gas clouds not dispersing upon a side story’s completion have now been fixed. These fixes should allow players to complete most of the offending side stories that would otherwise leave them unable to tackle any more.

Other general fixes include a significant reduction in the chance that agents of average intelligence will fight back, improved spotting power for Guards at guard posts, and passengers still being able to disembark from the cruise ship despite you murdering an agent right in front of them.