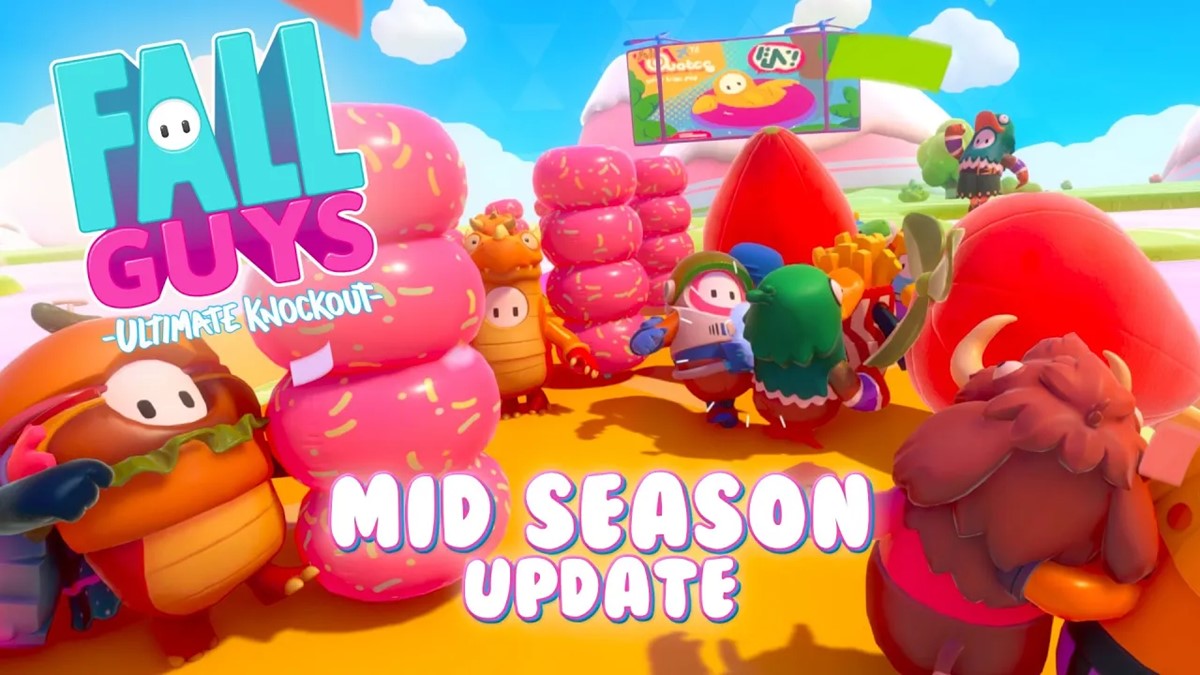 Fall Guys: Ultimate Knockout Season 2 has been going strong, but players were definitely feeling like it was about time to shake things up. Thankfully, just that is happening with the mid season update. The update will bring new costumes, new remixes, some bug fixes, but most importantly it is adding a brand-new Round Game. Here’s a look into everything the Fall Guys Mid Season update has to offer.

Compared to the likes of See Saw, Big fans will be lots of precision jumping and diving, and it’s full of checkpoints along the way, so there is no worry of permadeath. The ratio of players to available standing space is low, so there will be a very messy race happening here.

A bunch of new remixed levels have been added, including for Perfect Match, Tip Toe, Knight Fever, Hoopsie Legends and Fruit Chute. The remixes will include additional obstacles like new Whirlygigs and Thicc Bonkuses, or will change existing obstacles, like turning all of the fruit on Fruit Chute into bananas.

Now you can select your server region when you play and choose the language that your game will be in. The game currently supports English, French, German, Spanish, Russian, Portuguese, Chinese, Japanese and Korean.

Three of the four final round games are getting de-glitched. Hex-A-Gone will now prevent players from instantly falling through a tile, Fall Mountain will ensure that player win on crown grab, and jump precision is fixed on everything, but mainly for Jump Showdown.

They also improved party stability and fixed the player name system for PC players so you can now get a random three-part name. Goodbye Fall Guy 2020.