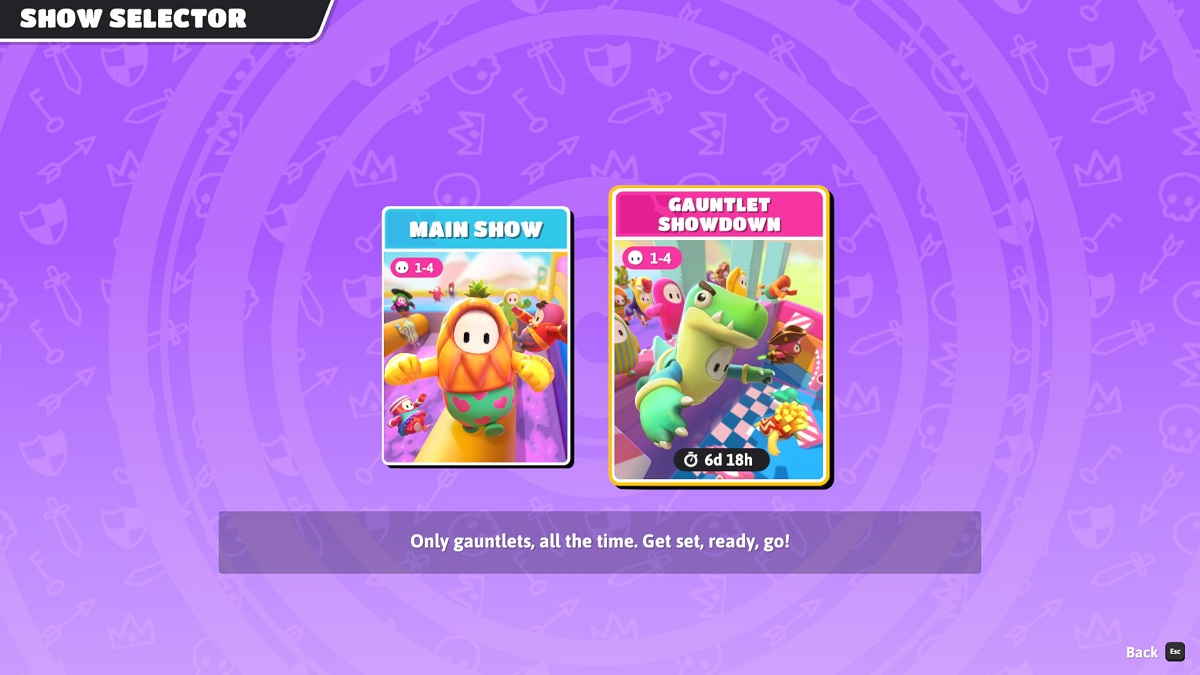 With Season 2 comes a host of content for all you jellybeans looking for a fix of new Fall Guys action. Levels and cosmetics with a medieval theme litter the shop and the battle pass, but new things to dress up your jellybean in are not the only addition to the game as a new time limited-mode called Gauntlet Showdown is available for the first week of Season 2’s launch.

For those who are tired of playing team games that are one sided, tag where opposition jellybeans are able to take your tail from across the map or jumping through hoops, Mediatonic have introduced the mode to allow only maps that are gauntlet style, where you have to run through a set of obstacles and reach the end of the map within the qualifying limit.

The maps that you will encounter in this mode should include:

Season 2 starts today and runs for 60 days, with another 40 levels of rewards in its battle pass.