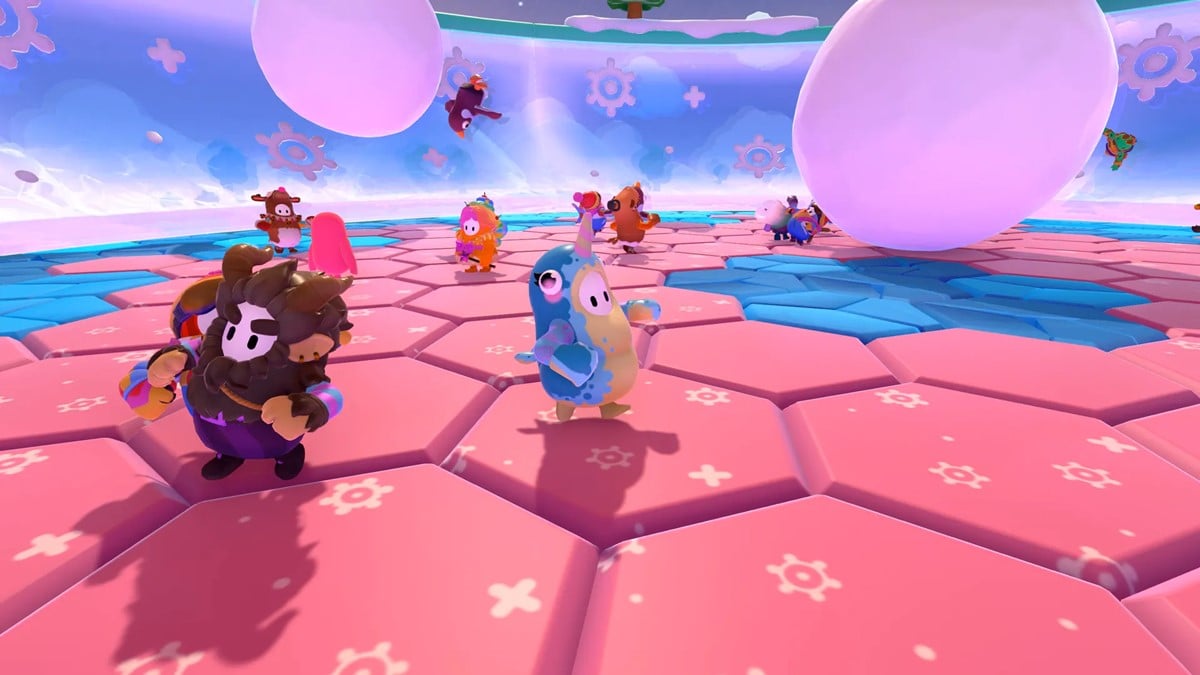 We are halfway through Season 3 of Fall Guys: Ultimate Knockout, which brings players the newest Mid Season Update. This update, most importantly, comes with a brand-new round game, but there is also a good amount of other new features coming to the game as well. Let’s take a look at the new content in Season 3.5.

This new bowl-shaped, half-pipe ridden level, Snowball Survival, is the first breakaway hexagonal tile level that is not a Final Round. The only two in the game prior being Hex-A-Gone and Thin Ice. Snowballs are rolling around, eager to knock your bean down, and with a disintegrating floor between you and slime, it’s going to be difficult to emerge a survivor in this one.

The update also is bringing many new remixes to existing levels, offering players a bunch of new variants to the maps and games they know and love. There will also be new shows so that these levels will be selected and organized in new ways.

There is now, for the first time, a live in-game feed that will track things like every point scored, qualifications and eliminations, making it easier to keep an eye on the competition. Remember, keep your friends close, and your enemies closer.

The newest DLC costume pack was also made available with the Season 3.5 update. It features three never-before seen costume designs: Regal Nutcracker, Rainbow Fairy and Ballerina. This pack is colorful, cute and it valued at the same price as the former DLC costume packs.

Lastly, the Sonic, Godzilla and Goose Game skins will also be entering the general shop pool and as with every update, there is also various bug fixes, and new costumes coming to the store. Fall Guys Season 3.5 launched on February 2.