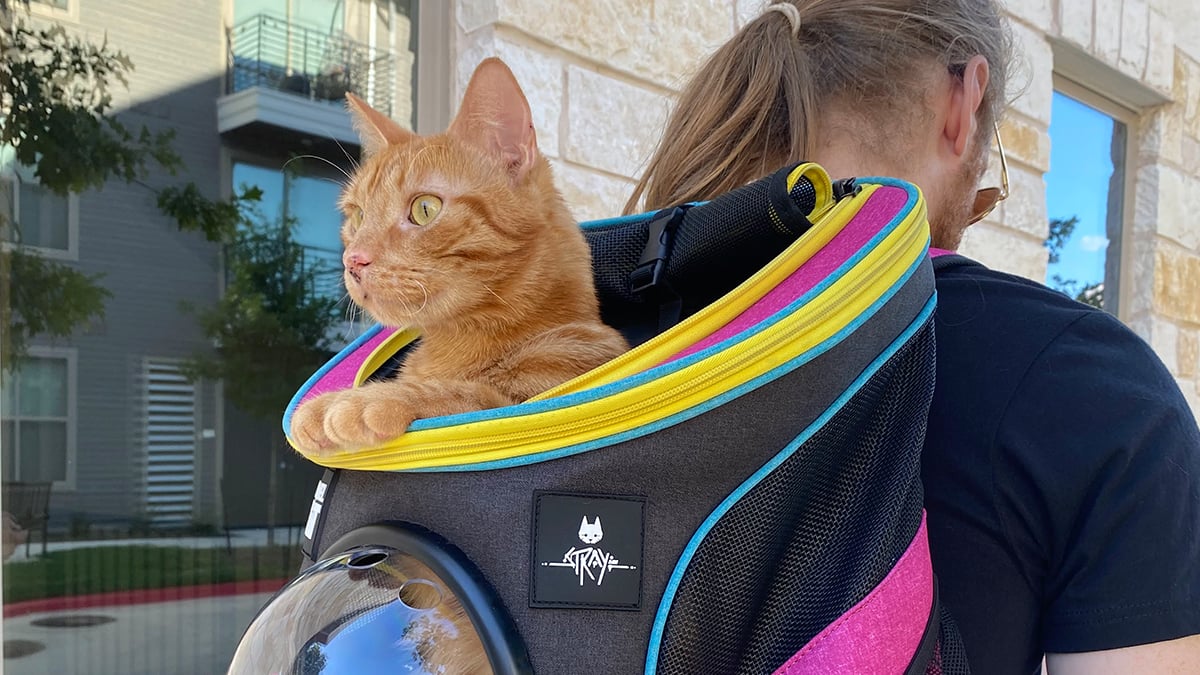 Cat adventure game Stray releases soon, and hype for the feline-led adventure is peaking. Stray already claimed the top spot on the Steam wishlist, and now there are even more ways to express an appreciation of the game. Publisher Annapurna Interactive teamed up with Travel Cat to make an official Stray cat carrier. Seems like that was inevitable, really.

The carrier features the Stray logo on one corner and pink, yellow, and blue highlights on top to match the neon signs found in the game. Preorders are available now on Travel Cat’s website, and it’ll cost you $139.99 to pick one up. As Annapurna points out in a humorous manner on Twitter, the carrier could also come in handy for those who don’t own cats. It does support up to 25 pounds of whatever you want to put in there. The Stray x Travel Cat carrier has two shipping drop dates at present: round one on August 31 and round two on September 21.

As for Stray’s release date, the game arrives quite soon. Stray launches Tuesday, July 19, and it’ll be available on PlayStation 5, PlayStation 4, and PC via Steam. PlayStation players have the opportunity to scoop it up for free, as the game will be included in PlayStation Plus’ Extra and Premium tiers on day one. PC players can get a discount by preordering the game ahead of time — it’s being sold for 10% off on Steam until launch day. Normally $29.99 USD / £23.99, it’s currently priced at $26.99 USD / £21.59.

Those who’d rather wait for a physical version of the game can do that too. The Stray Physical Edition is available exclusively from iam8bit, and it includes the game in a black matte O-sleeve box, six art cards, a poster featuring the game’s key art, and a chenille patch that’s meant to feel like the fur of the game’s protagonist. That ships on September 20, about a month after the digital game launches.