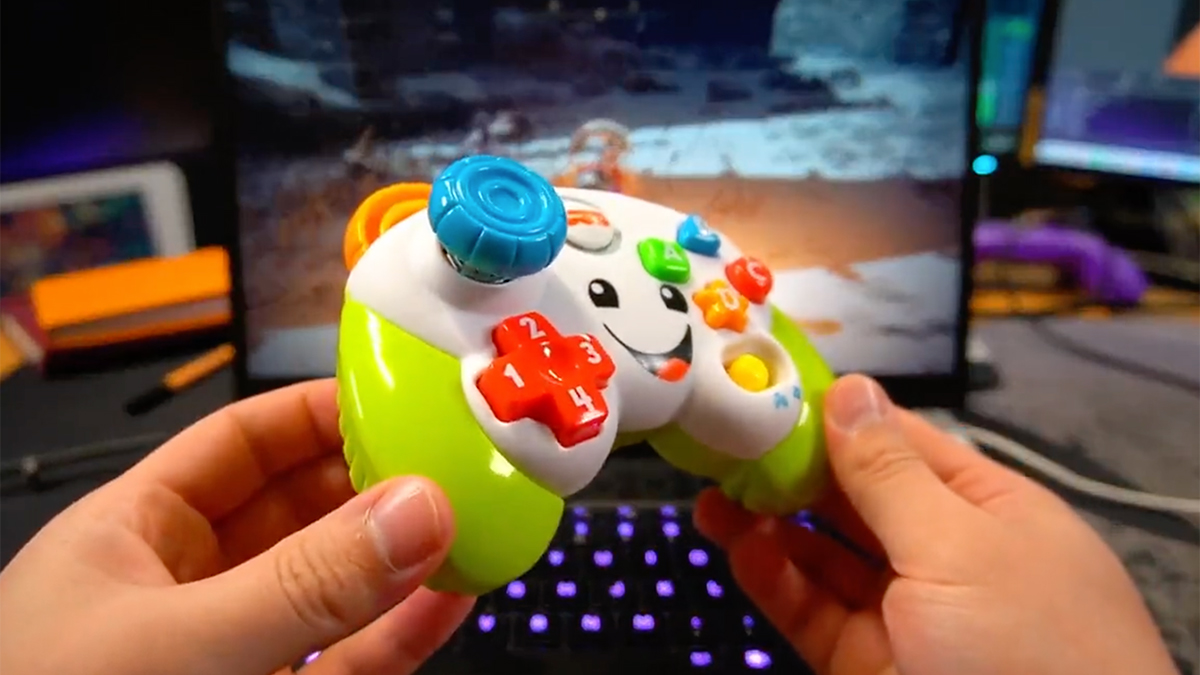 Fans playing games with custom, unorthodox controllers is nothing news in today’s day and age. Whether it’s using a Guitar Hero controller in a game that’s not Guitar Hero or even just using real-life instruments to play Call of Duty, there’s no shortage of controller options if the right creator has a big enough imagination.

Now, we can add the Fisher-Price Laugh & Learn Game & Learn Controller children’s toy as yet another device that somebody’s modded to play real-life games. The custom mod comes from content creator and self-described “builder of bizarre controllers” Rudeism.

After weeks of teases, the creator uploaded a video to his Twitter account on May 1 showing the controller being used with Elden Ring. Obviously considering that the toy has fewer buttons than a standard controller, some concessions had to be made, but it is fully functional at the end of the day.

To get around some of the issues with the limited amount of buttons, Rudeism made one of the switches act almost like a “shift” key, allowing all the buttons to have a secondary function when activated. This means that the controller’s one stick acts as two separate sticks on a normal controller.

At the end of the day, it’s impressive and Rudeism has already shown off footage of him playing both the aforementioned Elden Ring with the controller, as well as Tony Hawk’s Pro Skater, which he has uploaded to his Twitter account.