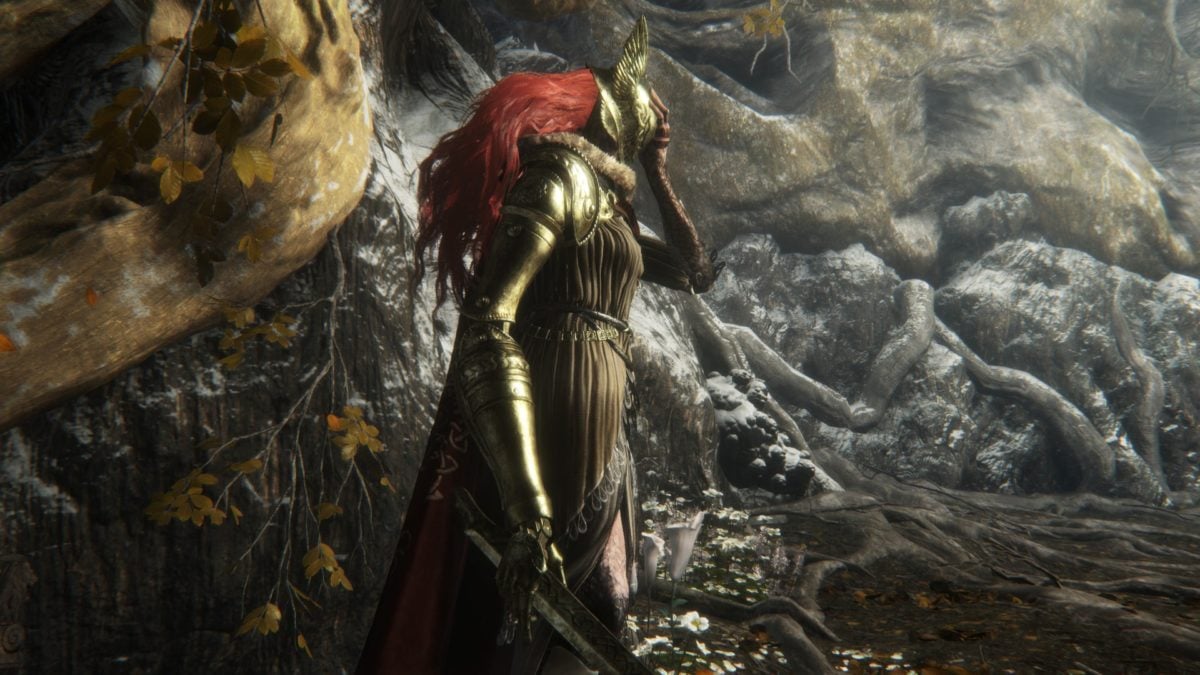 Elden Ring has tons of challenging boss fights, from the Godskin Apostle, to Commander O’Neil, to Margit, the Fell Omen, but all of them pale in comparison to the hidden superboss Malenia, Blade of Miquella. She’s fast, heals when she hits you, has a massive health bar, and kills in just a few swings of her prosthetic katana. Then, when you think it’s over, she comes back with another health bar, new moves, and adds scarlet rot to her attacks.

For most people, that would be enough. Not for Twitch streamer Luality. She shared a Youtube video of her defeating Malenia using only her feet and a Dance Dance Revolution dance pad.

Luality makes good use of the Rivers of Blood katana Ash of War, which causes massive bleed buildup, but that’s only one small part of her achievement. Anyone who’s conquered Malenia knows about the Waterfowl Dance flurry of blades, the ferocious combos, and many other one or two-hit kill attacks in this boss’s arsenal.

Luality makes it clear during her winning attempt that she knows all of Malenia’s tricks and wastes no time dealing with, or avoiding, the worst she has to offer. Luality mentions this took about four hours to accomplish, which would be a good time for anyone playing the game regularly with a level 100+ build they’ve all but mastered.

Souls-like games are no stranger to these sorts of challenge modes. Another content creator beat Godrick the Grafted with bananas, after all, but that early-game fight has nothing on Malenia. We’re likely to see plenty of other wild boss kills as time goes on, and they will be amazing every time.