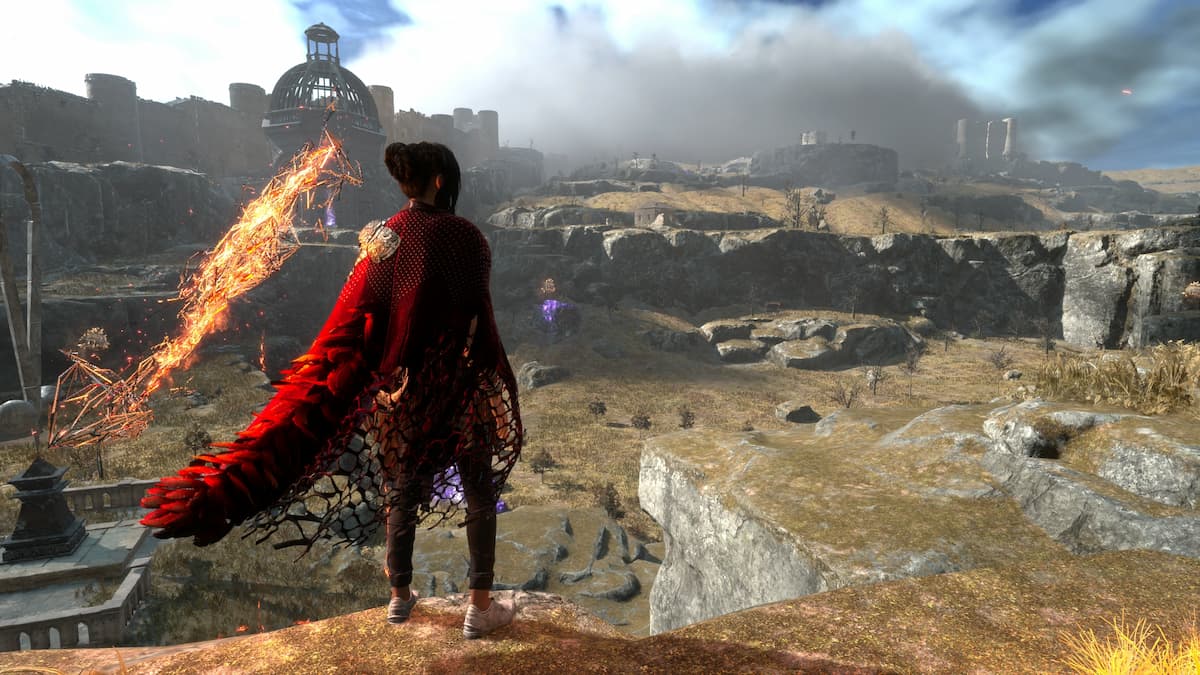 Players are finally able to get their hands on Square Enix’s latest title, Forspoken, and unfortunately for the publisher, it is not getting the reception they hoped it would. While many players are pointing out the game’s flaws, many online are split on the game’s writing.

One of the clips that got the most attention comes at the beginning of the game when Frey first encounters monsters and uses her powers. In this clip. she’s unable to comprehend what she just did. She exchanges a few words with her companion Cuff, who tells her that she did indeed just attack something with her newfound telekinetic powers. It’s quippy dialogue we’ve seen before in games and other media, most popularly Marvel movies, but it has the gaming community picking sides.

Some believe this is terrible writing because it doesn’t develop Frey’s character and it spends way too much time trying to be funny before ultimately falling flat on its face. A few of the players in that camp have even compared Forspoken to 2022’s Saints Row’s dialogue and how it tried way too hard to be funny.

However, this is another camp that doesn’t see an issue with the writing. A few voice actors have even chimed in. Sean Chiplock, the voice behind Revali in The Legend of Zelda: Breath of the Wild and Hyrule Warriors: Age of Calamity, said that the character’s excited bewilderment is believable, with many in the replies agreeing and giving props to Frey Holland’s actress—Ella Balinska—for her acting. Truth be told, Ella does do a fantastic job at selling the dialogue throughout the game.

Lastly, there is another set of people who are in the middle; they see an issue with the writing but don’t believe it’s as horrendous as others would have you believe. They say the dialogue makes sense, given how immature Frey is and the fact she just got teleported to this strange world. That being said, that particular scene itself does feel lifeless. There’s nothing going on in the background, there’s no music, no ambient sounds, nothing. The animation on Frey looks rough as well, which does bring down the scene itself. If these things were improved, some say the scene would be more palpable.

There is a way to do witty dialogue well. If you look at 2021’s Guardians of the Galaxy, many players had their reservations about the game due to its quippy dialogue. Fast forward to the game’s release, it won multiple awards and received high praise, especially for its writing. While Forspoken’s writing isn’t the worst, it has clearly missed the mark with many players.