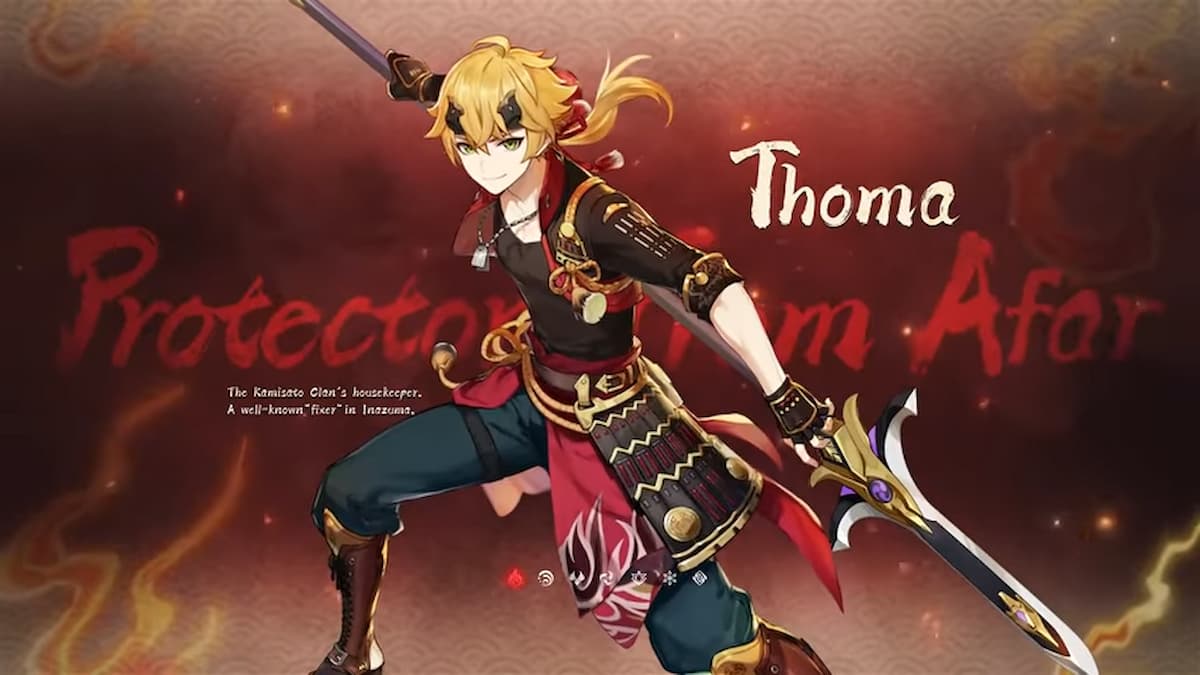 miHoYo released a brand new trailer featuring everyone’s favorite cleaner, Thoma. The character hails from Mondstadt but lives in Inazuma, working as a fixer and Kamisato Ayaka’s right hand. Thoma is a four-star Pyro polearm character who hands out shields like candy, making him a great option for a support character.

Thoma is a sociable character who assists you in your fight against the Vision Hunt Decree in Inazuma. As a protector in lore, it makes sense that his entire kit is based around shields, protecting the team from incoming damage.

The upcoming four-star Pyro polearm will release alongside Hu Tao on the next featured character banner. This banner is set to release on November 2, alongside other four-star characters Diona and Sayu. He requires Fluorescent Fungus, Smoldering Pearl, and Aginus Stone for his ascension materials.

Thoma also received a special hangout event this version, alongside Sayu. Here, you can hangout with Thoma and earn some rewards, including Primogems and Mora.