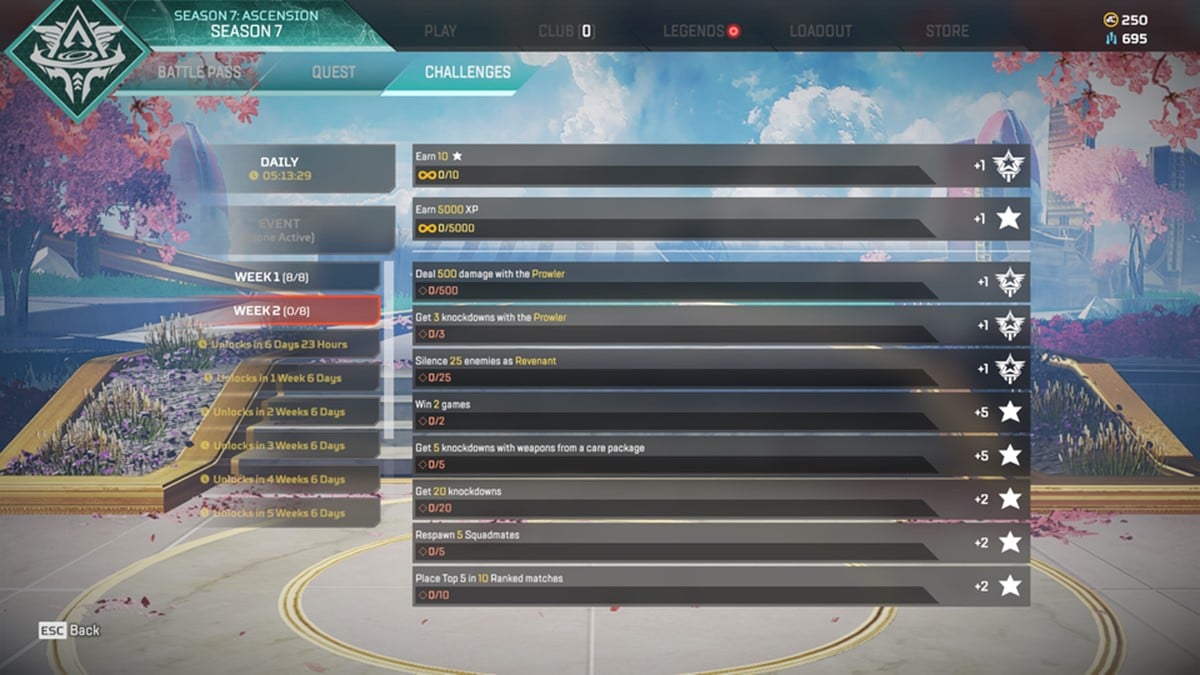 With the new Battle Pass star system in Apex Legends, from the frustrations that it caused, to the fixes they are implementing, it’s seems there is yet again another issue. It was brought to light via one reddit user last night, and today, a developer has confirmed it, and discussed a fix.

Long story short, one of the things players liked about the new Battle Pass system was that unlike with the weekly XP increases in the old system, the new system would not reset your progress on your star count, or so players thought.

With Week 2 of new weekly challenges coming into play, the star count for many players still reset if they were not at an even ten/zero, as well as any XP you had gained towards your next star. With how much more work it takes to complete this season’s Battle Pass, especially if you had no challenges left and had gotten eight or nine stars via 40,000-49,999 XP, this unexpected reset would hit like a ton of bricks.

The developers have confirmed that this is not how the system was intended to work, and in fact was a glitch caused by some of the recent changes to the Battle Pass. They have announced they will roll out a hot fix for the issue as early as tonight, and that the problem should not occur again next week when players head into Week 3.